After two months of hype about the rematch, the game fell flat. The San Francisco 49ers dominated the Seattle Seahawks, and frankly were unfortunate to not hold a bigger advantage than the 13-0 one they held going into halftime.

Something just felt off. It felt very anti-climatic to see the final NFL game of the decade—and the biggest rivalry of the decade no less—dissolve into a one-sided affair.

Then the second half started, and it was everything football fans ever could have wanted out of the game.

The 49ers won 26-21, a margin that came down to the final 10 seconds and a game-saving tackle made about six inches shy of the goal line.

The nose of the football was the difference between the 49ers getting home-field advantage throughout the NFC playoffs and sending the Seahawks on a 3,000-mile excursion to Philadelphia, or the Seahawks winning the division and forcing the 49ers to make the trek.

And really, that was the only way this could have ended.

The game ended on an almost surreal sequence, but that’s just the way these two teams have conducted business all decade. 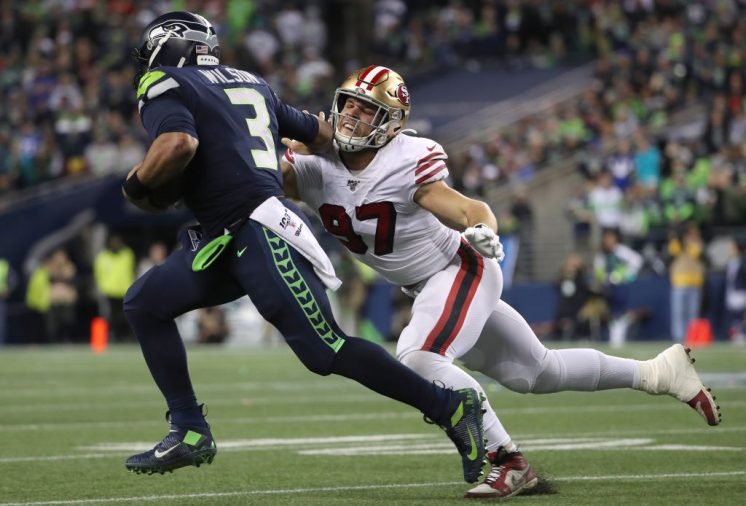 The 13-6 game at Candlestick in 2012. The 19-17 slugfest a year later. The 2014 NFC Championship Game in Seattle — the greatest football game of this entire decade in my mind. The walk-off field goal by the 49ers last season at Levi’s Stadium, and then the Seahawks returning the favor by winning in the exact same way this season.

The Seahawks-49ers rivalry provided the NFL with more iconic moments and classic games than any other matchup throughout the 2010s.

It was only right that these two teams got to write the last chapter of the entire NFC playoff picture hanging in the balance.

And that last chapter was every bit as gripping as the ones before it. Russell Wilson drove the Seahawks into the red zone, converted a fourth-and-10 that put the ball down at the 1, and everyone was thinking the same thing.

Was Marshawn Lynch going to get the ball? Would he get to carry it in from a yard out to win the division title for the Seahawks? It was about 41 seconds of sheer chaos from everybody both in the stands and watching at home, realizing the magnitude of the upcoming moment.

The problem is the play clock only has 40 ticks on it, and that 41st one cost the Seahawks five yards. The question was answered before the Seahawks had a chance to answer it themselves.

And because this game had everything but a controversial refereeing decision, a possible pass interference that would’ve moved the ball back to the 1 went uncalled (and unreviewed) on third down, and the game came down to one play.

San Francisco got the stop, and in some ways got some closure. 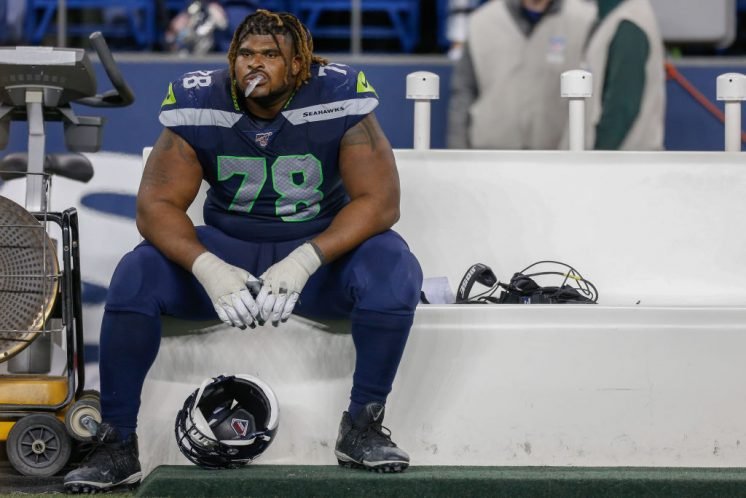 The most famous game of this rivalry was one the Seahawks won on a play made by Richard Sherman in the end zone at CenturyLink Field.

Almost six years later, playing for the opposite team and defending the opposite end zone of that very same stadium, Sherman’s team got the stop again.

He was arguably the focal point of the rivalry when it was at its zenith, the embodiment of Seattle’s Legion of Boom defense and what they were able to do to the rest of the NFL.

The entire identity of the most successful era in Seahawks history was largely built around one man and one rivalry, and both were back in the place where it all started. 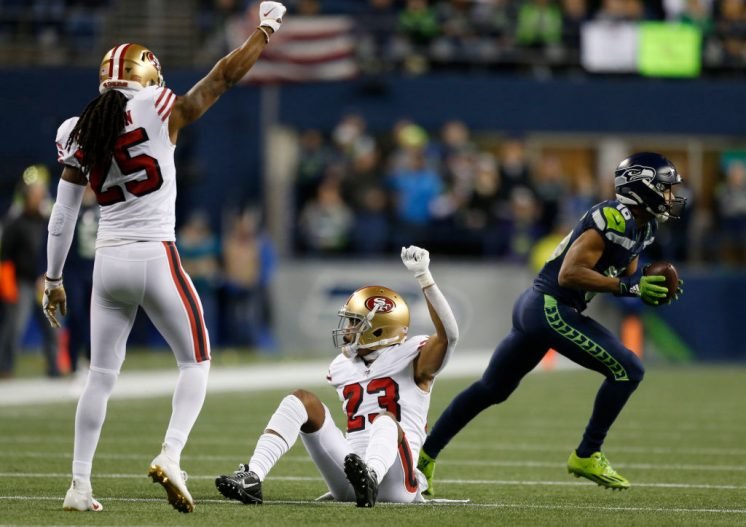 And Sherman had to be on the field when this game was decided. He is the link between the Seahawks’ golden years and the 49ers’ revival, the man who has seen both sides of this rivalry and been to both extremes. Nobody has a better understanding of everything the Seahawks-49ers rivalry meant to the NFL than him, and he was here to help deliver one more epic conclusion in Seattle.

Marshawn Lynch even came back to the party. His stat line wasn’t the best, finishing with 34 yards on 12 carries. But he did have a 1-yard touchdown run, and that moment was a tough one to top.

The energy in CenturyLink Field when Lynch lunged into the end zone to cut San Francisco’s lead down to one score early in the fourth quarter was palpable. If you could bottle that feeling and sell it in Pike Place Market, the shelves would be empty in five minutes.

Moments of time are so fleeting in the NFL. It’s a league designed for parity. The idea behind its structure is for turnover in the upper echelon of teams. Nobody understands this better than the 49ers, who went from NFC Champions to 2-14 back to 13-3 in the space of this decade.

Rivalries like this are not supposed to stick for longer than lightning in a bottle for a few years. Sure the Bears and Packers have been rivals for a century, but it’s not the same players and teams who produced a string of instant classics doing it again. Players move on, coaches evolve, even dynasties end eventually. 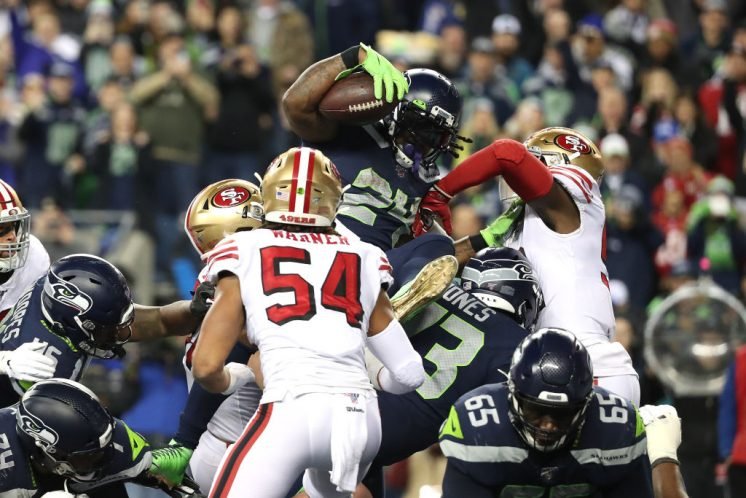 But for one night in Seattle, it truly felt 2013. If you watched that game without knowing the actual date on the calendar, the only way you know it wasn’t 2013 was the lack of Colin Kaepernick and Jim Harbaugh.

The game was so familiar, so reminiscent of those instant classics from the first half of the decade. The atmosphere was so special, and at least three of the most important features in what made this rivalry great were still in place, even if one of them was on the other team.

Seattle and San Francisco defined the NFL throughout this decade. Their rivalry was the most intense in the league, and always had plotlines that ran much deeper than just the two teams on the field.

On Sunday night, the teams got the chance to finish the decade in the same way they started it. After a slow start, it lived up to all expectations and then some. But then again, these are the Seahawks and 49ers we’re talking about.

How could it not?