Sunday afternoon at Lincoln Financial Field will be as close to a one game season as you’ll find anywhere in the NFL.

It’ll be the 7-7 Philadelphia Eagles hosting the 7-7 Dallas Cowboys with the NFC East at stake. If the Cowboys win they clinch the division on the spot, if the Eagles win they would simply have to avoid losing to the 3-11 Giants in the finale to take the division.

There is no fallback on a wild card spot like there will be in other huge divisional clashes in the final two weeks such as Green Bay vs. Minnesota and San Francisco vs. Seattle.

Technically, there is still that slim scenario where the Cowboys can lose and make the playoffs with help from the Giants in week 16, but if you played out the final two weeks of the NFL season 100 times, this is how it goes in 99 of them.

One team walks off the field on Sunday thinking about hosting a playoff game in two weeks. The other leaves it getting ready to spend eight months pondering how a season that started with Super Bowl expectations dissolved into a 7-8 disaster.

No way to sugarcoat it, no complicated playoff scenarios, and certainly no second chances after the clock hits 0:00 in this one. It all comes down to this.

This game is not really about the spoils of victory though. The prize here is a lottery ticket. Dallas or Philadelphia will get a ticket to the playoff lottery, one either would have astronomical odds of winning.

What it’s about is the consequences for the loser. There are huge ramifications for whoever comes up short Sunday. The damage of a loss will heavily outweigh the joy of a victory in this game, regardless of which team gets plugged into which side of the equation. 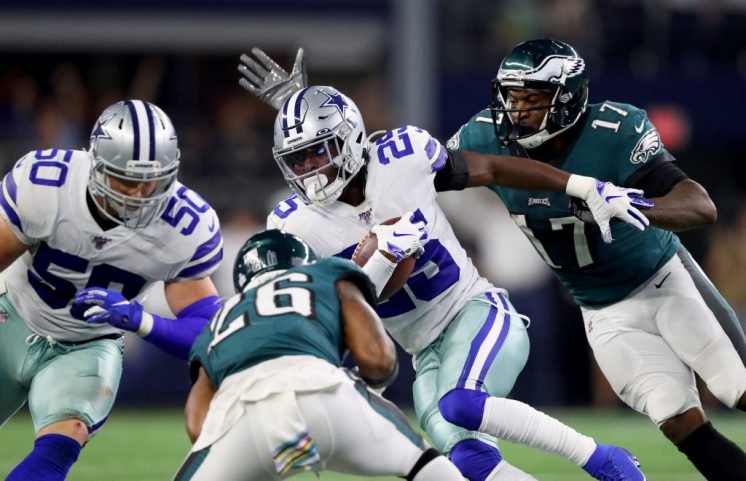 The Eagles and Cowboys have been two of the biggest disappointments in the league so far this season. Both teams came into the year with Super Bowl expectations, and now both are 7-7. This hasn’t gone to plan at all, and there will be an autopsy of the many failures for whoever misses the playoffs.

But this “race” for the division title has been the perfect diversion. What the Cowboys or Eagles will really get out of winning this game is the right to think about other things for a little while longer. The flaws won’t go away, but worries about them will for a little bit.

One team here can enjoy a division title, start thinking about the playoff game, and revel in the feeling of knocking an archrival out of the playoffs. All of that will provide at least a temporary buffer for the problems in the big picture.

The loser will have no buffer, no playoff game to look forward to, and no choice but to stare head on at those problems with nothing left to distract them in 2019. 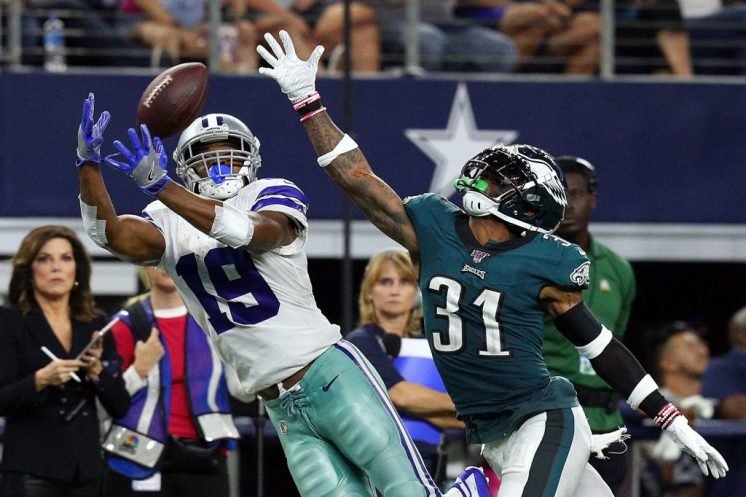 For the Cowboys, this has been a year of turmoil. On paper, this is a really good roster. The numbers say so.

They have gained more yards on offense than any other team in the league and have allowed the seventh fewest. They are one of only six teams in the entire league with a point differential of +90 or better. They’re moving up and down the field, stopping teams from doing the same, and are scoring way more points than they allow.

And here they are—great players and strong numbers in hand—fighting for their lives at 7-7.

How did we get here? This is where the questions get uncomfortable. The Cowboys are a really poorly coached football team. Jason Garrett has been on the hot seat all year, and it’s not hard to see why.

His decision making has been baffling for most of the year, with the most egregious example coming when he kicked a field goal in the red zone while his team trailed the Patriots by seven in the fourth quarter back in November. The Cowboys have gone flat for long stretches of games, highlighted by allowing the Bills to go on a 26-0 run on Thanksgiving and then letting Mitch Trubisky and the Bears rip off 24 unanswered a week later. 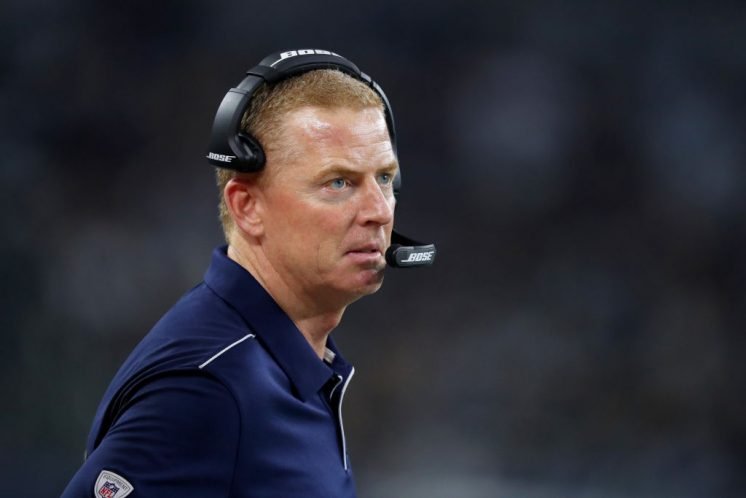 Through it all, there has always been a ray of hope. Everyone knows how talented this team is. In some ways they’re built for playoff football with the ability to control the clock behind Ezekiel Elliot and a strong offensive line. They’ve got a young quarterback who can make tough plays to win games. If they can just sneak in, they can be dangerous.

If they can just give themselves the lottery ticket, the questions about the coaching and the culture of the organization can go away long enough for a very talented team to give January a shot.

But if the Cowboys lose Sunday? And those playoff hopes fall by the wayside despite all the talent?

An unbelievably toxic situation will somehow get even worse. There will be heavy backlash on Garrett and his future. That last home game of the season for the Cowboys against Washington might end up being Garrett’s funeral, a game where fans will start calling for Lincoln Riley or Matt Rhule. And if Garrett is retained?

The fanbase will turn its anger to Jerry Jones, wondering if he still has that same burning desire to win that he used to. Fans might start wondering about the roster. It has a lot of talent, but it vastly underperformed. Can it still get it done? You could argue all of this should happen even if the Cowboys make the playoffs given the nature of the season, but there’s no denying it will if they lose.

There are two ways things could go for the Cowboys if they lose Sunday.

Either heads will roll, or people will be unhappy about heads not rolling.

Of course, a win over the Eagles would keep the season going, and keep the chance for everything to click at the right time alive. 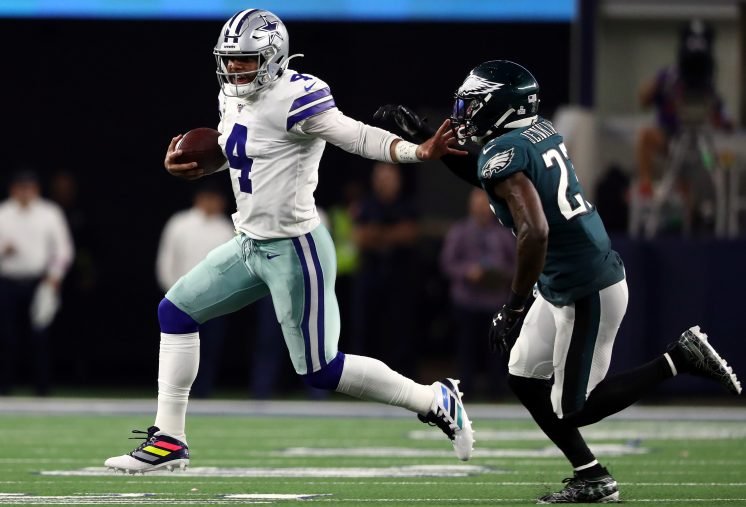 On the other side, the Eagles have their own problems that come with the 7-7 record.

It all comes back to the offense. This was supposed to be the year everything clicked with a healthy Carson Wentz raring to go off a fresh new contract with a lot of talent at the skill positions.

Admittedly there have been some injuries to those skill positions, but it doesn’t justify the performance. This team has been plagued by drops all year, especially early in the season in a pair of tight losses to Atlanta and Detroit. For a lot of the year, the safety net on offense has just been throwing the ball to Zach Ertz.

Even with what looks like a talented receiving corps, Ertz leads the team in receiving yards by a long way. He’s 498 yards ahead of the next closest receiver, Alshon Jeffery. The Eagles are 31st in the NFL in yards per completion, ahead of only the Bears. Even in the running game, they’re sitting right on the league average in yards per carry at 4.3.

The Eagles invested quite a bit of recent draft capital in these skill positions, and certainly way too much for them to look this bad. They spent a pair of 2019 second round picks on playmakers last year in Miles Sanders and JJ Arcega-Whiteside, and their top draft pick in 2018 was tight end Dallas Goedert. 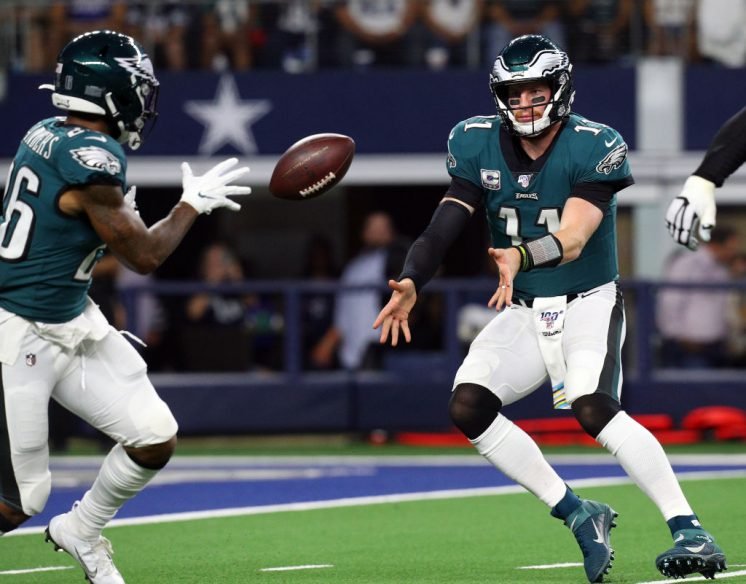 What’s the problem? Is it just growing pains, or is there an issue with the drafting and development? Can these players turn it around and help the Eagles emerge from the middle of the pack on offense next year?

Eventually the Eagles will have to face those difficult questions, but for now they have a playoff race to think about.

And speaking of Wentz, this will unquestionably be the biggest game of his NFL career. He’s never played in a playoff game thanks to ill-timed injuries in 2017 and 2018, and it’s going to stay that way if he can’t find a way to win this one.

In terms of offseason action, there’s nothing for the Eagles to do regardless of how this game ends. They’ve already paid Carson the big money. They just have to hope it ends up as a good investment.

But you know what would be a good way for him to start making it look like a good investment? By finding a way to win on Sunday. By beating another quarterback from his same draft class. Giving himself a chance to prove himself further in January. Showing that even when his running backs and receivers aren’t firing on all cylinders, he can push his team over the line and grind out a win with the season at stake.

Wentz’s career won’t be defined by 60 minutes on Sunday, but it’ll be a much easier offseason for him—and for the Eagles’ front office—if he doesn’t have to spend it waiting to take a snap in January. 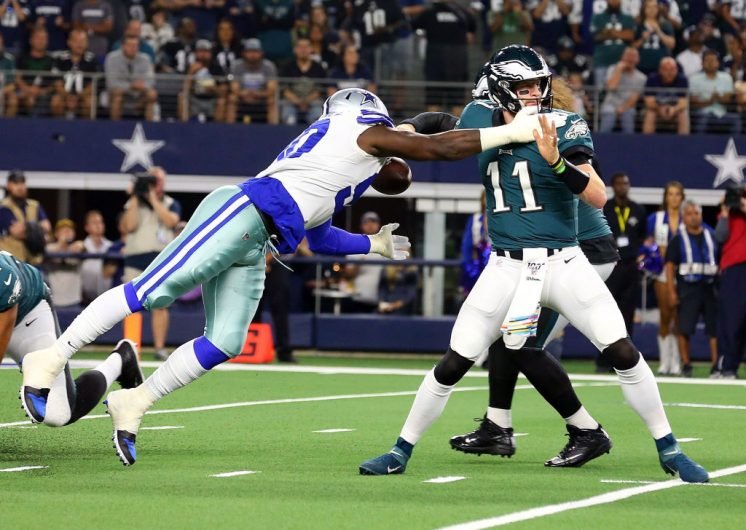 All of it leads to the biggest pressure cooker game of the NFL season. No, it’s not two teams likely to be winning a championship this year.

But it will be one of those rare regular season games where every single play feels a major one. A game in which tiny inflection points like a third-and-5 in the second quarter or the bounce on a punt will have much more magnitude.

That’s what happens when two rivals who were expecting to be fighting for a Super Bowl a few months ago end up in a cage match just to make the playoffs. This game will only last 60 minutes, but it will feel like 60 hours.

The nervous energy from everybody on the field and in the stands will be palpable. There will be major anxiety for as long as this game is hanging in the balance. And once the game is decided, the emotion will not be one of pure relief. The winning organization won’t be happy about the win as much as they will be relieved about not having to deal with the harsh realities a loss will bring.

Winning this game is a want. Not losing it is a need.