You’re probably picturing a great young quarterback held up by a sturdy offensive line with plenty of weapons to spread the ball around to. On defense they are stifling at the line of scrimmage and allow very little through the air. They have the best kicker in the league, and of course some really sharp coaching from one of the best minds in the league.

You’re thinking of what the Los Angeles Rams thought they were coming into this season.

What you’re describing is the Baltimore Ravens in reality.

The Ravens pummeled the Rams 45-6 on Monday Night Football at the Los Angeles Coliseum. In the process they took a huge step towards securing a bye and dealt a critical blow to the Rams’ playoff chances. They also played what was as close to a perfect football game as you’ll see at this level. 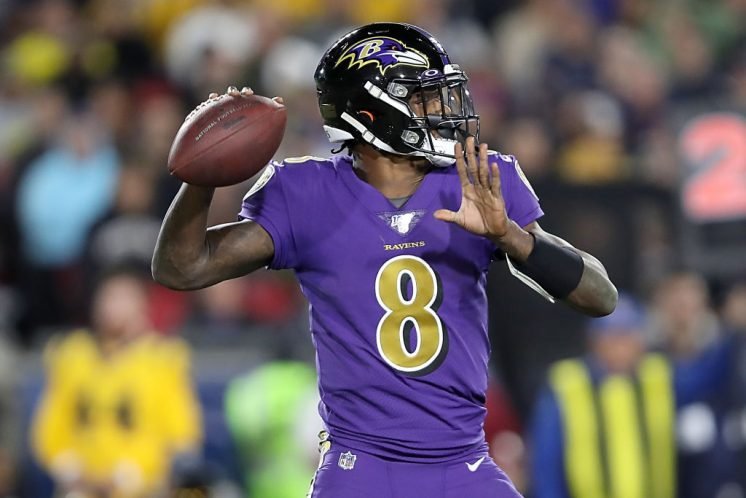 It was a ruthless efficiency that’s hard to find in the NFL. It was breathtaking. Completely dominant. A performance that’s hard to even find justifiable vocabulary for. They turned a 6-4 Rams team into Miami Dolphins West on national television. It was the heaviest defeat the Rams have ever suffered in the Coliseum, and that includes both Los Angeles stints.

With their season basically on the line, the Rams turned into the Washington Generals as the Harlem Globetrotters from Baltimore ran circles around them.

Lamar Jackson played for six drives, and led the team to six touchdowns. On the other side, the defense held the Rams to just two first half field goals. The total yardage finished 480-221, and even that flatters the Rams as the home team picked up 109 of those yards on a pair of garbage time possessions in the fourth quarter. 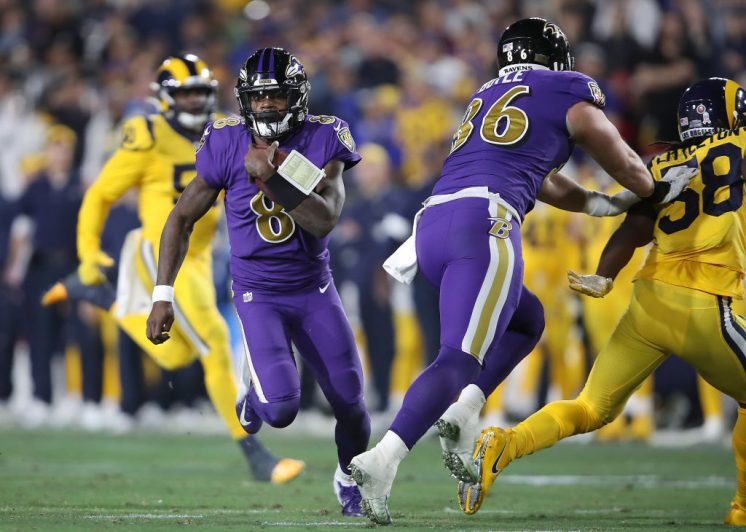 It wasn’t so long ago we were saying these things about the Rams. They had Sean McVay guiding a smoking hot offense with a young quarterback pushing all the right buttons in Jared Goff.

McVay looked completely lost calling plays tonight. On the second possession of the night for the Rams, he called a third-and-13 draw play to Todd Gurley deep in his own territory.

He wasn’t trying to pick up 13. He didn’t have any faith in the young quarterback the Rams have bet their franchise on picking up 13 yards to extend the drive.

They have the best defensive player in football in Aaron Donald, a guy who spent most of last season (and the first part of this season) wrecking other grown men at the line of scrimmage. He’s a guy capable of taking over any game at any time.

Donald finished tonight’s game with one tackle and zero sacks.

The Rams had the best running back in the league last season in Gurley, a touchdown scoring machine who was the key to their Super Bowl bound season.

He finished Monday night with 22 yards, finding no space against a tough defensive front while running behind a banged up offensive line. On the other side, Mark Ingram pounded his way through a suddenly soft Los Angeles defense for 111 yards, and the Ravens as a team had a galling 288 on the ground. 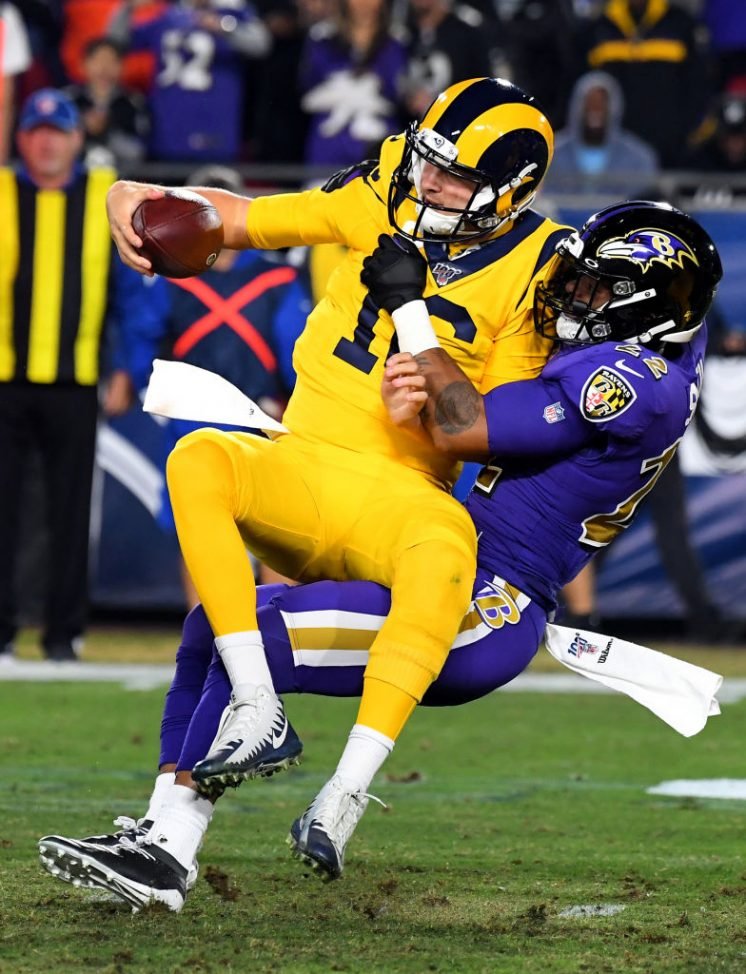 These are not the Rams we were promised. The one weakness of their team was supposed to be the secondary, but they spent a lot to plug that hole when they traded for star cornerback Jalen Ramsey.

You would be forgiven for not knowing he was playing the way Baltimore’s offense looked through the air.

Everything about what John Harbaugh’s team did on Monday led to one startling realization.

Suddenly, Lamar Jackson is the frontrunner for NFL MVP and is at worst the second-best young quarterback in football. Jared Goff probably wouldn’t even crack the top five on most lists.

He runs a beautiful offense with everything from seam routes to literal triple option plays that a former triple option coach himself was proud of.

How about the trap and trap option by @Ravens it looks like nobody in the NFL has ever seen it!! Not supposed to work in that league!!

The same way McVay always had the right play a year ago, now it’s the Ravens who can’t put a foot wrong on offense. 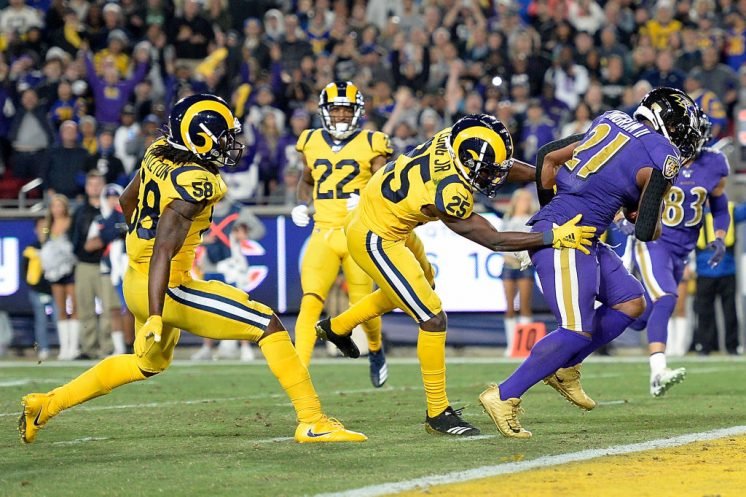 Baltimore’s defense looks like the best one in football right now after holding an opponent under 14 points for the third consecutive week. In 11 games this season, they have only allowed an opponent to score more than 20 three times. On the other hand, the Rams just allowed their third 30-point and second 40-point game of the season. It was a fifth loss in eight games for a team that’s supposed to be elite.

All of it leads to another question the Rams were hoping they could ask this season.

Where’s the weakness? If you’re playing the Ravens in January, how do you beat them? What’s the game plan to stop a quarterback like Jackson, and how do you possibly muster up enough points against a defense that has allowed a total of 26 points in their last 203 minutes of football? 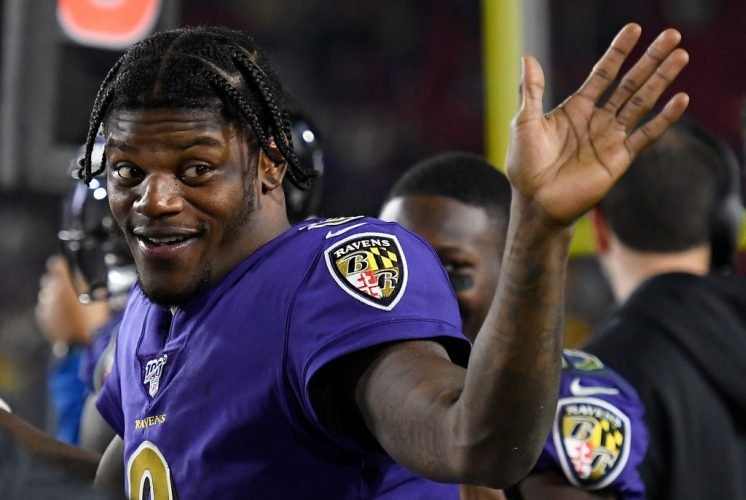 As the Patriots and Chiefs struggle to find a handle on stopping the run while the Packers and Saints continue to leak oil on defense, the Ravens might be the only team in the league without a true weakness.

The only other team who can maybe stake a claim to that would be the 49ers, who Baltimore will get a chance to battle next week at home.

As for this week, they can enjoy the most impressive win of the NFL season to date. They can enjoy a 9-2 record and a seven-game winning streak that has catapulted them to the upper echelon of the league.

On the other side, it’s a night full of questions and lacking answers. The Rams spent a lot to build this team, both in terms of money and draft capital. Jared Goff got a four-year, $134 million extension, and the Rams have traded their next two first-round draft picks to add to the current roster. They won’t have a chance to add a top-32 pick to this roster until 2022, and that was done because they thought this team was good enough to win it all. 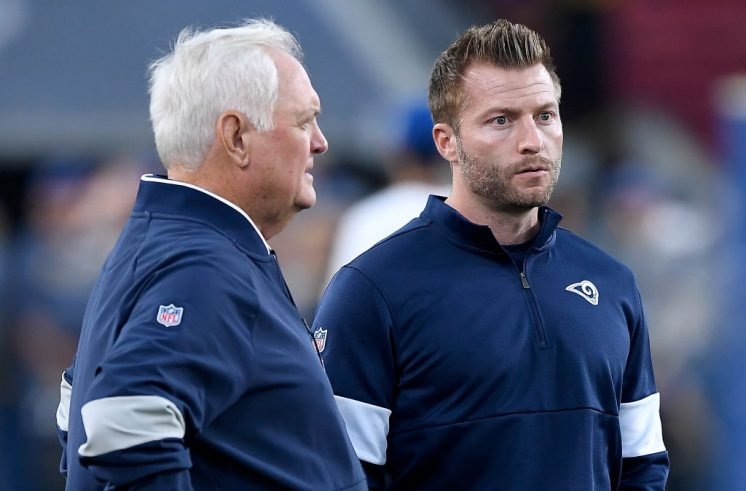 They thought they built a perfect squad, one that was solid at every position and ready to take the final step from last season.

In reality, they invested everything to construct a worse version of the team who all but destroyed their playoff hopes on Monday.