Welcome one and all to one of my favorite times of the NFL season. It is week 12 of the season, which means it’s time to introduce you to the NFL Playoff Machine.

Every year with around six weeks to go in the season, ESPN launches its Playoff Machine. This handy device allows you to predict the winner of every game for the rest of the NFL season, and it will tell you what the playoffs would look like if all of your results happened in real life.

It’s a brilliant tool for working out playoff scenarios and predictions. We’re going to use it for something a little more fun. I am going to create the craziest possible scenarios for the NFL playoffs using the machine, and share a few of them with you below.

With six weeks to go, 31 teams are still mathematically alive for a playoff spot. The 0-10 Cincinnati Bengals are the only squad we won’t be able to scheme into a playoff spot using the machine. So with that in mind, let’s get started. 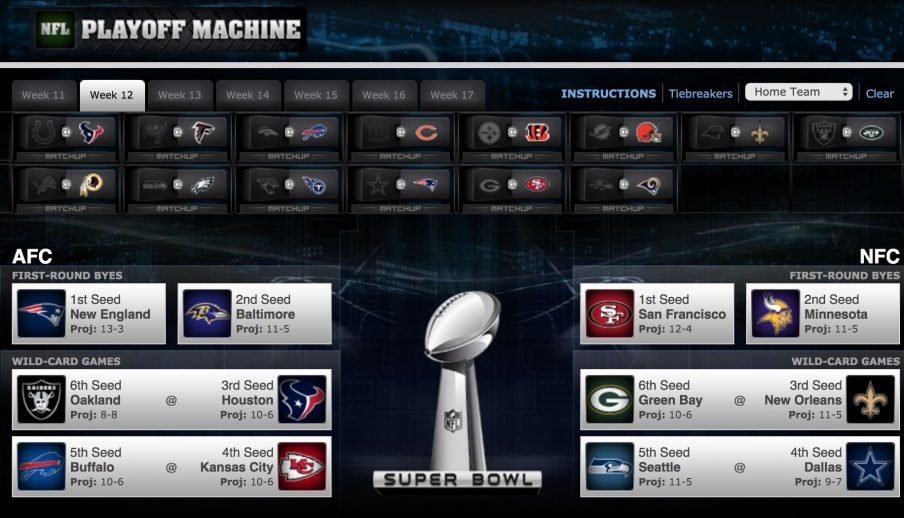 This is just to show you how it works. One of the machine’s filters is you can set it to where the home team wins every game the rest of the season, and this is what that would look like.

Now it’s time to dive into some more bizarre possibilities. 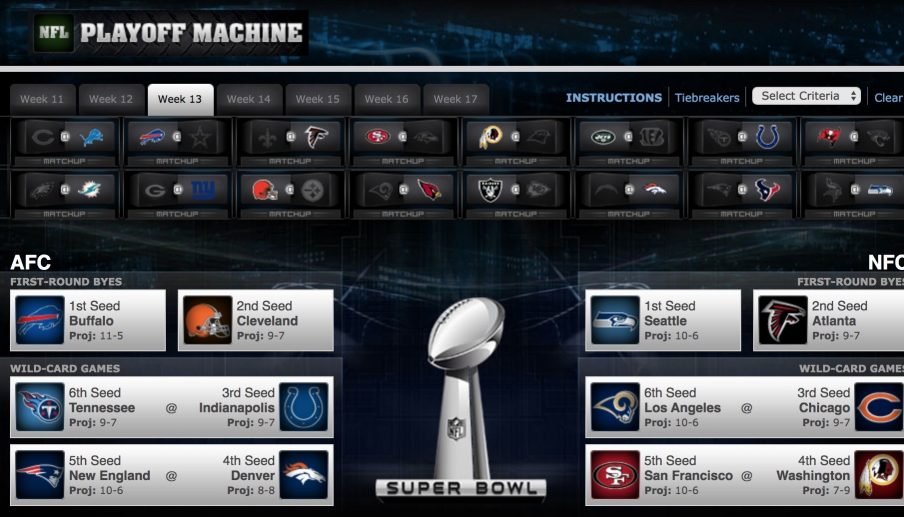 Alright, we have a lot to unpack here. This scenario sees the Vikings and Packers fall of their respective cliffs in the NFC, giving Mitch Trubisky and the Bears the NFC North title in improbable fashion.

The NFC East joins Green Bay and Minnesota in a collective nosedive, and Washington wins out from their current 1-9 mark to end up hosting a playoff game at what I can only assume would be a still half-empty FedEx Field.

The Falcons run their table after the bye week to claim a first-round bye after a 1-7 start, and the AFC’s two most tormented franchises also both claim byes. Arkansas Razorback legend (?) Brandon Allen goes full 2010 Tebow and gets the Broncos a home playoff game at Mile High against the Patriots, who will have to win three road playoff games to get back to the Super Bowl in this scenario.

After spending the first half of the season doing everything in their power to lose games, the Miami Dolphins go on a furious rally and claim the 5 seed in the AFC playoffs. From there, they beat Houston to open the playoffs, then win in Baltimore and New England to get to the Super Bowl.

They become the first team in NFL history to play a Super Bowl in their home stadium… after losing their first two games, both at home, by a combined score of 102-10. 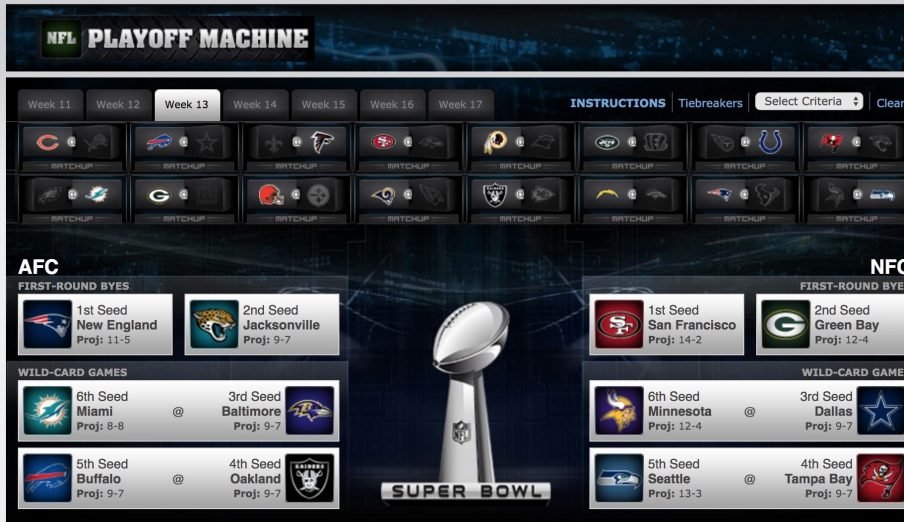 I think this one is fairly self-explanatory. 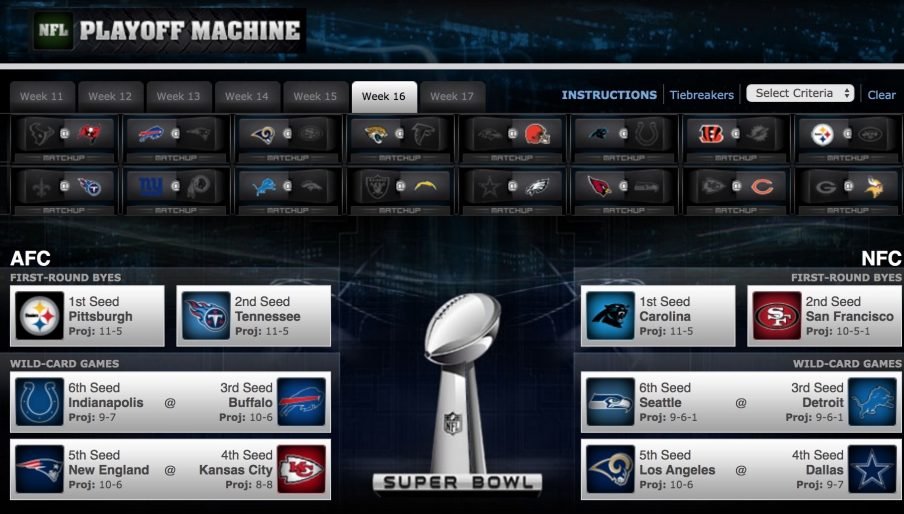 After remembering Nick Foles won a Super Bowl in 2018, the league’s backup quarterbacks get together and say “I can do that!” and get to work on the final six weeks.

Mason Rudolph goes on a tear, and the AFC Playoffs run through Heinz Field. Kyle Allen does the same for the Panthers, throwing for 500 yards a game and getting Carolina the top seed with the help of the Week 17 49ers-Seahawks game ending in a tie. Hey, it almost happened in the first meeting!

Jacoby Brissett gets the Colts into the playoffs as the six seed, and Jeff Driskel leads the Lions to the NFC North title, making Detroit fans really wonder what the future holds for Matthew Stafford. The Titans and Lions advance to the Super Bowl in this case, giving FOX executives their dream matchup between the media juggernauts of Nashville and Detroit, and the titanic quarterback clash between Driskel and Ryan Tannehill.

At least they got a Cowboys game before that. No such luck in the next scenario. 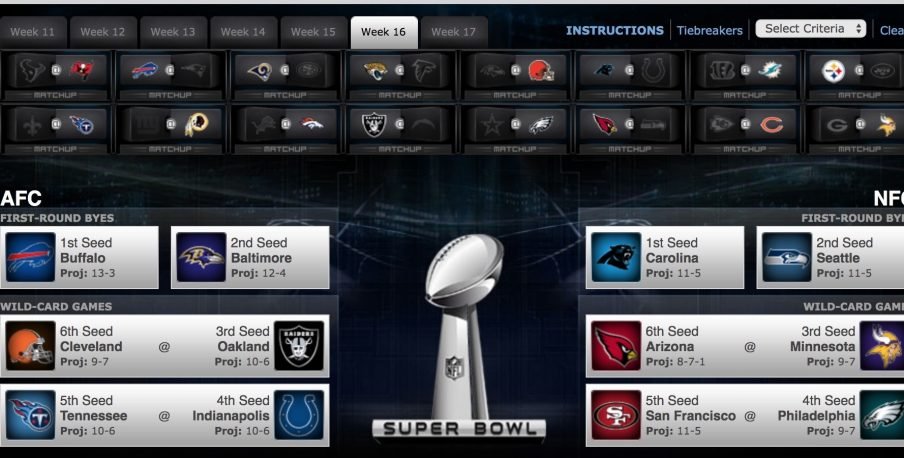 Messing With The Networks

I enjoy it when the TV networks spend billions of dollars to secure the best matchups and end up with egg on their face. So take out the Patriots and Packers, say goodbye to the Cowboys, and sayonara to the Steelers. Let’s bring in the smallest markets we can with the least national fanbases.

On Wild Card Weekend, we get a renewal of two awesome AFC rivalries as Baltimore heads to Heinz Field and we get one final Raiders @ Chiefs clash before the Raiders leave Oakland. Over on the NFC side we get a rematch of a playoff matchup from last season in Seattle @ Dallas, and an old-school rivalry in the NFC North with Green Bay @ Minnesota.

If the Vikings win, they will renew a rivalry with the Saints that has caught fire with a pair of thrilling playoff meetings in the last decade. In that scenario, we also either get another showdown between Seattle and San Francisco, or Cowboys-Niners – a retro rivalry that was the biggest in the league in the 80s and 90s.

If the Packers won in Minnesota, they would get another crack at the 49ers, bookending the decade well after the two had a pair of January matchups in the 2011 and 2012 seasons. There would also be a chance for a third Seahawks-Saints playoff game in the last decade. 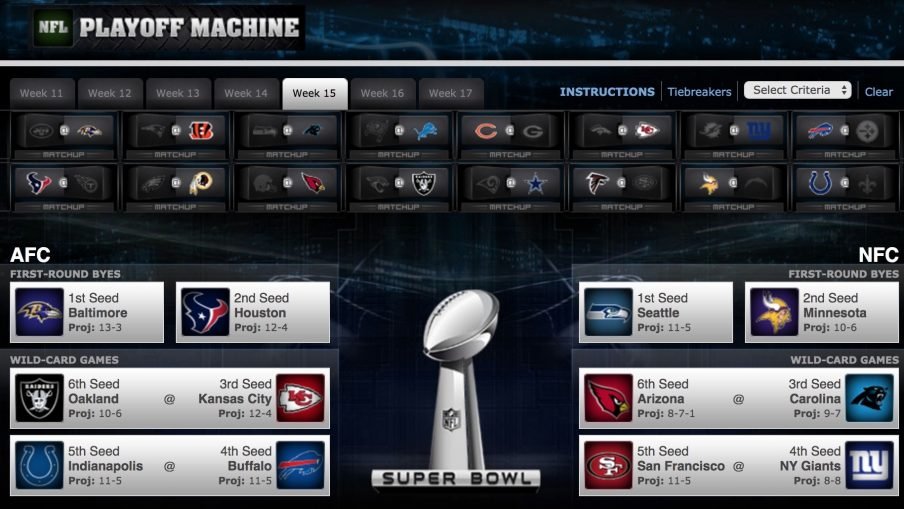 Youth Takeover / End of an Era

The premise behind this one was very simple. I went through every matchup the rest of the season and did what I could to make the playoff QBs as young as possible. It was a little tough on the NFC side with so many experienced quarterbacks currently in the hunt, but I got to the point where the “old” quarterbacks were drafted in 2012. Getting rookies Kyler Murray and Daniel Jones in was a nice bonus as well.

The AFC was a little easier because so many teams are working with young QBs right now. Four out of the six AFC QBs were drafted in the last two years, and the “veteran” is 2014 rookie Derek Carr.

The side effect of this, of course, is there’s no Tom Brady. Drew Brees is nowhere to be found. Aaron Rodgers misses out on the playoffs here. It’s a whole new world in this simulation.

The goal here was also pretty simple. Make every playoff game as cold as possible.

The fact that New Orleans, Indianapolis, Houston, and Minnesota all use indoor stadiums definitely didn’t help here. And of course I couldn’t totally clear the warm-weather spots thanks to the hot starts from teams like the 49ers, but I did my best.

The NFC playoffs will run through Green Bay and Seattle, and to get to the Super Bowl on the AFC side you’ll have to play in Buffalo or Baltimore (or both). All of these are great places to be in mid-to-late January.

The AFC Championship Game with 25,000 In The Stands

Another one that I think explains itself.

Just imagine the Chargers hosting what would be the biggest game of the NFL season to date in that shoebox. At least there’s actually seats in the Californian stadium the NFC path runs through. 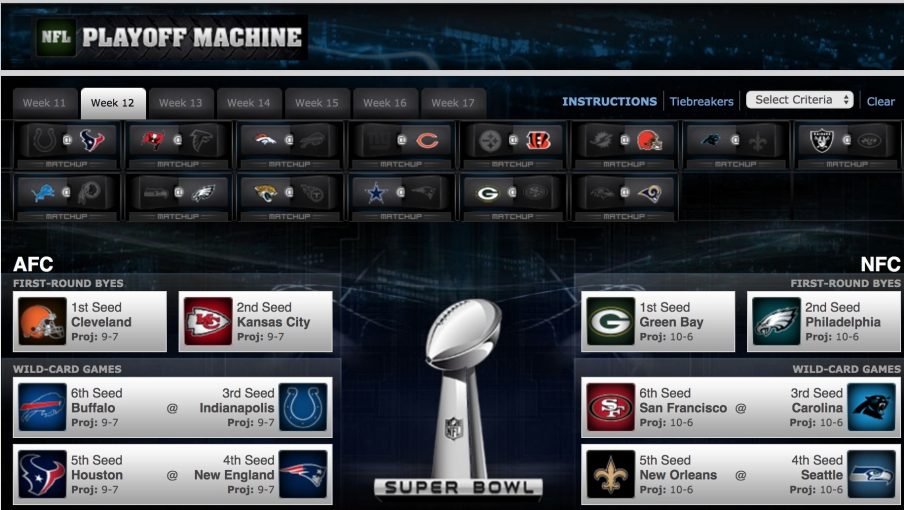 Just for fun, here’s how the playoff machine says those tiebreakers would play out if this scenario played out in real life…

I could sit here and make scenarios all day, but I think a pair of six-way ties is a good way to leave this. It can’t get any weirder than that. 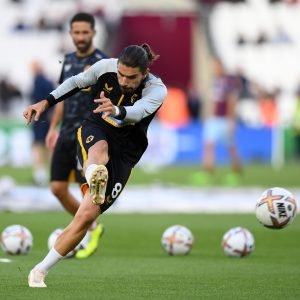 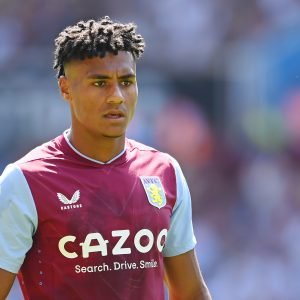 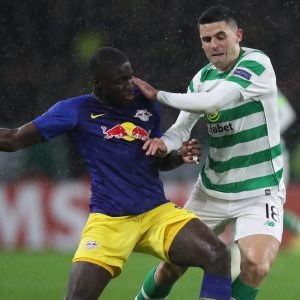 Quiz: What do you know about Celtic’s previous games vs RB Leipzig? 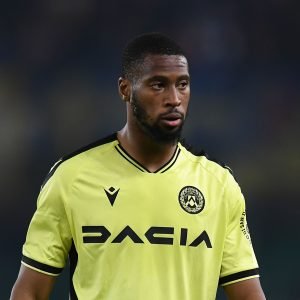 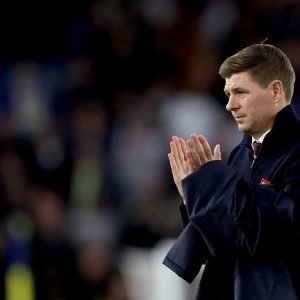 Paddy Kenny: Villa fans are “not happy” with Gerrard 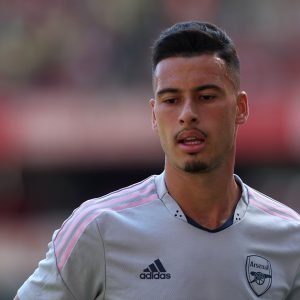