For years, it was the quietly simmering but largely unspoken endgame behind the existence of the NFL’s annual trips across the Atlantic Ocean to stage an isolated game, or two, or eventually three or four per year: one day, there might be a London team in the NFL.

In the early hours of November 5th British time, that quiet simmer turned into an explosive bombshell from half a world away.

London has done everything possible to show the #NFL it’s prepared to be the permanent home for a team. The league, and the Los Angeles #Chargers, are willing to consider the U.K. as a viable new home. My exclusive for ⁦@TheAthletic⁩ https://t.co/rHiF2zavIb

The article from Rams beat reporter Vincent Bonsignore was a bolt from the blue. It was, in many ways, a classic journalistic scoop. Instant talking point (and in this case for an article behind a subscription paywall!), unexpected enough to seem utterly “out there” on some level, and yet also somehow plausible enough to at least be heard, to not be instantly dismissed as nonsensical.

Let’s talk about that plausibility, and break it down. Firstly and most easily, “why the Chargers?”

Los Angeles doesn’t have enough fans for two NFL teams, and the Chargers are beyond obviously the junior partner in under-construction SoFi Stadium, essentially piggybacking on Stan Kroenke’s multi-billion ambitions because the Spanos family (who own the Chargers) couldn’t fund a stadium themselves. Their contributions were largely in the form of Chargers-specific sales of “Personal Seat Licenses,” essentially the right to buy a season ticket for a given seat. These, almost inevitably, have been tracking well below expectations because the Chargers don’t have a large fanbase in LA. (And this got exposed in spectacular fashion in primetime television with a Steelers-Chargers Sunday night game where “ROKiT Field at Dignity Health Sports Park”—yes, really—became a miniature Heinz Field.)

With Kroenke now facing sizable new loans against that lost PSL revenue and the cost overrun for his behemoth, he might well feel aggrieved to potentially have to share a market, even one this big. Meanwhile, the Chargers are turning into a potential NFL embarrassment, and we know how much the shield values its public image.

So that’s “why the Chargers?” But why London? Simply put, London has NFL fans. Almost every NFL International Series game to date has sold out, most of them filling a stadium with a higher capacity than most NFL venues. There was some eyebrow-raising when the last two Wembley games saw tickets resold below face value on the secondary market, but that may have been a function of the way season tickets were sold for the London games; thousands likely bought tickets for these purely as a way to get tickets for the games at lower-capacity Tottenham Hotspur Stadium.

(UK NFL fan groups lit up with frustration at the process for the ticket-buying process for these games at the time, to the point that whether or not it was OK to take over the group with ticket talk was its own source of debate in one of them!)

Furthermore, the NFL looks at London and sees an expansion opportunity. “Football” can’t get much bigger in its home country. “American football” does have room to grow elsewhere, and the British market is where that growth has reached a critical mass point where it could clearly be bigger than some—even many—current NFL markets.

So you have a team with no fanbase moving to a fanbase with no team— framed like that, this is about as logical as you can get. But the NFL is extremely good at two things: spectacular complexity, and seemingly illogical decisions that stem from that complexity. And there are certainly enough elements of complexity to justify not moving a team to London.

The first and most obvious one is the travel. It’s why teams have nearly always had a bye week after playing in London to date—the first exception, the 2016 Colts, nearly lost at home the next week to a dismal Chicago Bears team who finished the season with a top-three draft pick—and it’s a major scheduling barrier.

It may even be an undervalued barrier to a London team, because none of the talk about it considers all the in-season roster transactions that take place in the NFL amongst fringe players. That’s already a major challenge for those guys. How much more difficult is that when it involves moving continents? There would be significant issues faced by this team in managing the bottom of their 53-man roster.

This is amplified by the second issue; taxation differences. Americans have a seven-tier income taxation system with what is currently a 37% top rate, plus “Social Security” at 6.2% on earnings up to $132,900 plus 1.45% of all earnings, and state and other local taxes that vary by location. Move to London, and it’s a four-tier system with a 45% top rate, plus “National Insurance” at 12% on earnings up to around £50,000 plus 2% on earnings above this, and a completely different form of local taxation (“council tax”) levied on property value. The taxation complexity would likely be smoothed out by the NFL stepping in themselves to handle a lot of it, but the presumption of higher tax in Britain (and the uncertainty over just how much of a difference there could be given changing political environments in both countries) would likely act as a deterrent even if the idea of moving to a new continent didn’t. (Conversely, the idea of being an intercontinental star could appeal to some.)

Thirdly, while London—and Britain, and Europe—have NFL fans, they are spread liberally across the 32 teams. And British fans in general are notable for team loyalty and have grown up in a sporting culture where teams moving cities is just not a thing that happens. And when it did happen with Wimbledon, the fans not only didn’t follow the relocated team but started a new one from scratch that rose to the same level, with most other British fans behind them as they did! The “London market” is likely just like the Los Angeles one—filled with a large ready-made NFL audience, most of whom have their own team loyalties and will retain those loyalties. Say goodbye to the California frying pan and hello to burning Britain.

The fourth reason is perhaps the most underappreciated of all. Along with the travel aspect of being an ocean away, London is specifically multiple time zones from the North American continent. When it’s 4pm in New York and 1pm in Los Angeles—when the first tranche of Sunday NFL games are ending and the second about to begin—it’s 9pm in London. The primetime games take place literally in the middle of the British night; a leading British NFL podcast is even called “Tuesday Morning Football” as a pun on exactly that. Even a 9pm kickoff is on shaky ground. Games would end after midnight, and the Tottenham Hotspur Stadium that was built with at least one eye on calling an NFL team home happens to be built in the very heart of a residential area, with housing literally across the road in multiple directions.

And this matters in the most improbable of ways. Imagine the London Chargers catch fire and wind up hosting the AFC Championship Game. Now imagine the year they do it is one of the alternate years where that game is the second game on Championship Sunday, kickoff 6:40pm ET, 11:40pm London. You can’t play a game in London, especially a residential part of London, at 11:40pm on a Sunday night. “So move it,” I hear you cry.

Congratulations, you just denied CBS one of the most valuable commodities in US television, the chance to air a show at the end of Championship Sunday. Three of the last four years have seen that launchpad used by CBS or FOX to launch a brand new show; the fourth, this year, was the exception mostly because CBS did the same thing with the Super Bowl instead. Every year CBS have that opportunity is a year where it could be snatched away from them with a week’s notice if the London Chargers ever put it all together in a big year.

People talk about the logistics of a London team in terms of the players—the travel, the taxes, the travel, the culture shock, the travel—and the fans. But the NFL is a business, and its business in large part is tied to that of American television. It is details like that which are at least as likely to derail the London project.

Which makes the timing of this report somehow even more interesting. The league’s Collective Bargaining Agreement ends after the 2020 season. The possibility of a 17-game season with the extra game being on neutral territory and potentially two bye weeks—an idea I’d floated in 2016!—has been allowed to enter the public conversation in recent weeks. The league’s broadcast deals with CBS and FOX end after 2021. If the NFL really are horrified at the state of the Los Angeles Chargers and their lack of fans—not a hard thing to imagine—that is a one-two punch that can allow for all those logistical arguments to be considered at once.

As a Chargers fan myself—and one who couldn’t go to games regardless of their location (I’m very uncomfortable with crowds and loud noise as a result of being autistic, and in fact wrote this whole article as a distraction from the sensory nightmare that is Bonfire Night)—this whole news seems frankly surreal to me. For the most part, I don’t honestly believe it can happen, to the point that it’s difficult for me to even think about whether it should. It’s certainly almost impossible to believe the team won’t be the SoFi Squatters in 2020.

What I will say is this. A London team would be an enormous risk on the NFL’s part. The current mess around the Los Angeles Chargers is at the point that it might somehow be worth it anyway.

Would you want the Chargers to bolt to London?

Yes! Bring them on! 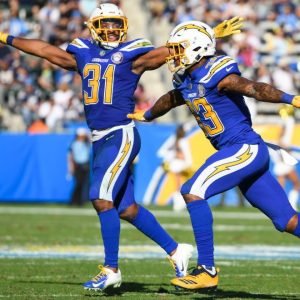 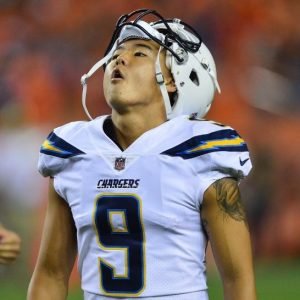 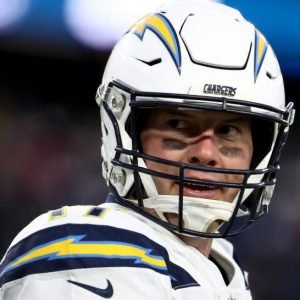