Monday Night Football has always been a stage for the stars to shine. From Drew Brees breaking the passing yards record to Peyton Manning leading the Colts back from 21 down in the fourth quarter, Mondays have always been about the league’s best players stepping up big.

And in Monday’s edition between the Dallas Cowboys and New York Giants, one man stole the show and made national headlines.

Actually, it wasn’t a man. It was a black cat who managed to run onto the field in the middle of play, and it deserves a full tactical breakdown.

The Giants are leading the Cowboys 9-3 with 5:32 remaining in the second quarter, with a Daniel Jones touchdown pass to Cody Latimer being the difference in the contest.

Jones just hit a 15-yard pass to his tight end Evan Engram, giving the Giants a first down at the Dallas 24. 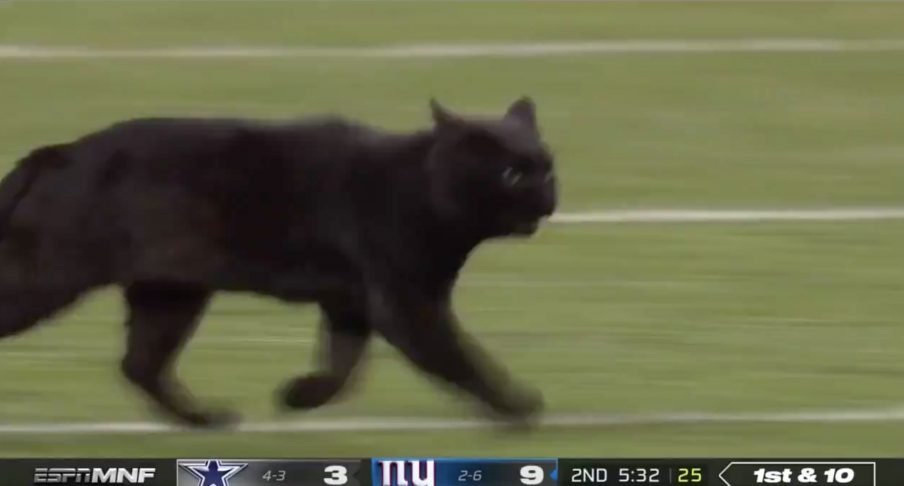 The main takeaway is the ferocity in its eyes. That cat is out for blood! So furious, so tense, looking like someone just the last of the catnip or something.

This is a very pivotal moment for the cat. What will happen next? Does the cat want to grab the football and run with it? Does it just want to scamper around for a bit? Perhaps it’s trying to score a touchdown in front of a worldwide audience. And if that’s the case, which end zone to go for?

There is a big decision ahead for our intrepid hero.

The cat has made its move. It decides to run away from the players, truly a wise move in an effort to milk this moment for as long as possible.

And as it runs away from the line of scrimmage, the end zone comes into focus. This is all about scoring a touchdown. It’s a good idea, as crossing the goal line here would give the cat more touchdowns than the Cowboys had all night to this point.

Here we see it at the 7-yard line, with no defenders in sight. This cat is about to join the long list of NFL legends to score a touchdown on Monday Night Football. 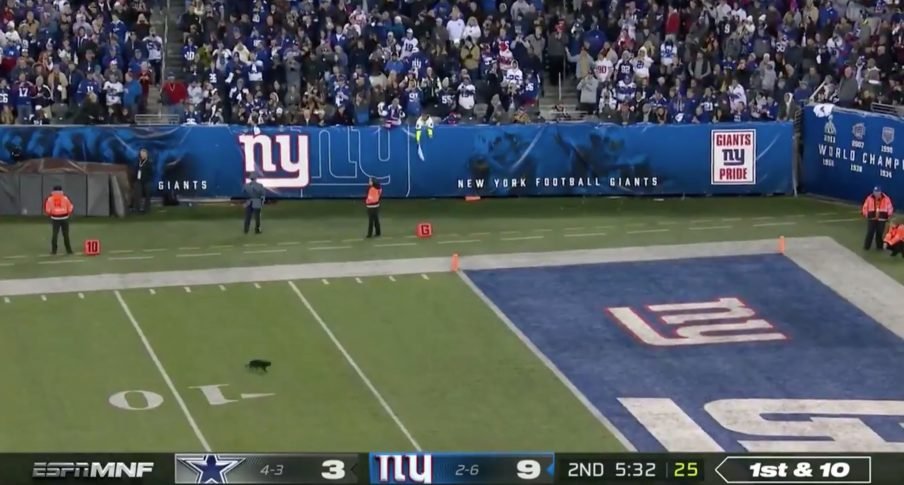 The key thing to notice here is the form with which the cat scores. Front paws extended over the goal line, making sure the ball breaks the plane, leaving nothing to chance with the current state of NFL officiating.

The cat even scores in the middle of the field, leaving no chance of a paw stepping out of bounds. After all, NFL players only have to keep two feet inbounds on scores. This cat has four to contend with.

Anyway, this is perfect form on how to score a touchdown, and will be shown on football instructional videos for years to come. 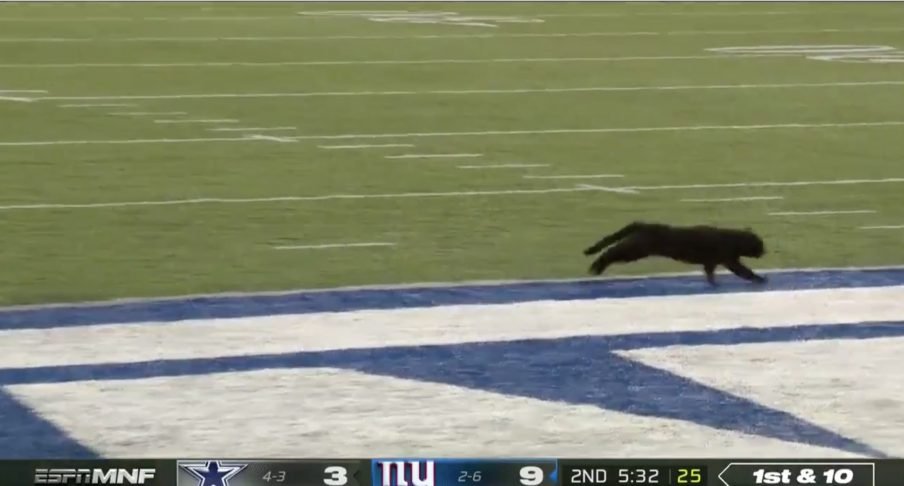 In an attempt to ruin all of the fun, a few members of MetLife Stadium’s staff emerge onto the field to catch the cat and resume the game. I’m not sure who would rather watch two mediocre NFC East teams do battle instead of our feline friend, but nevertheless, it seems like the end is near.

In one last brilliant move, our cat friend is having none of that. What did you think the cat was going to burst onto the field, score a touchdown, and then get dragged away by a security guard? No chance!

The cat darts out the back of the end zone, finds the nearest tunnel, and scurries down it.

The moment is over.

Where is our cat friend now? In the locker room? At the podium waiting for a press conference? Just milling around the concourse ready to meet its adoring fans?

Way may never know, but we do know one thing.

A cat scored a touchdown on Monday Night Football and had the presence of mind to make an exit before anyone forced it to.