After the dust has settled on what is fair to call an abysmal but familiar opening game of the season, the questions are being asked of the Cleveland Browns.

Was there too much hype? Are they actually playoff team? Is Freddie Kitchens a good enough head coach? Well, almost everything has and will come into question over the coming days with the Browns. Some of that is fair, and some is unfair, so we’ll look into what actually went wrong for the browns and if it is rectifiable.

The first, and obvious, place to start is penalties. After a mesmerising opening drive in which Baker Mayfield lead the team all the way down the field and in for a touchdown, penalties hampered every following drive. The Browns gave up a record setting 18 penalties, the most from a Brown’s team since 1951, totalling 182 yards given up.

Whilst the Browns in fact gained five more yards of total offense over the Tennessee Titans, the number of penalties given up by the Titans was a third of the Brown’s 18. The penalties given away by the Browns were brought on by a lack of discipline all over the field, epitomised by Greg Robison’s ejection after kicking a defender in the head. Whilst the issue appears easily rectifiable, I believe this is a sign of the lack of leadership from Freddie Kitchens.

The first year head coach displayed inexperience and a lack of respect from the players as they continued to ignore his cries for discipline. Although I do believe the penalties issue will be resolved for next week when the Browns journey to play the Jets and deeper into the season, the lack of experience form Kitchens could be a lingering issue for the Browns as they continue throughout the season and possibly into the playoffs. 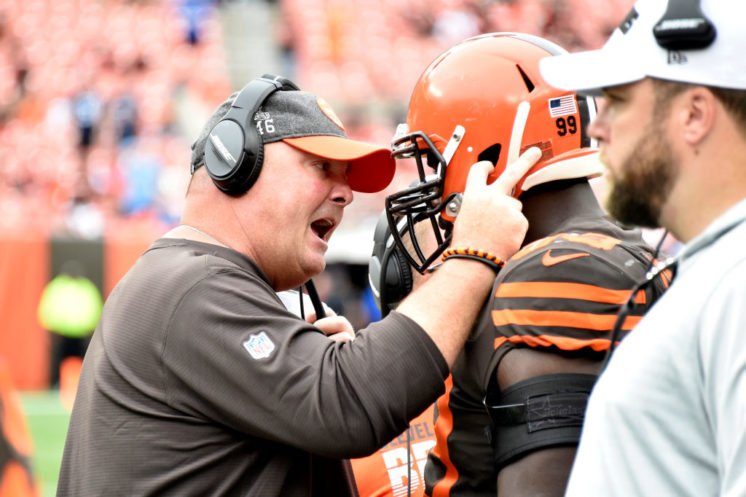 At least from the initial eye-test, the Browns have too many personalities without the leadership.

Teams like the New England Patriots can afford to take on extreme and sometimes disruptive personalities due to the strong core of the franchise. It gives guidance to these personalities which so often results in a change of fortune for misguided or disgruntled NFL stars. But, this was not the case in the opening week for the Browns. Baker Mayfield, the second year quarterback, is the offensive captain for the Browns and he appeared unable to reel in the charismatic individuals alongside him including Odell Beckham Jr, recently acquired from the Giants.

Odell’s mentality has been brought into question after the loss as he was seen to wear a $200,000 watch during the match, leading some to question whether winning was the sole focus of the undeniably electric and talented offense. This, in my opinion, is not rectifiable. And in all honesty, it shouldn’t be. The Browns understand their offense, and the whole team, has a lot of personalities and that’s what makes some many of the players so special.

OBJ would not be the star wide receiver he is without his personality, and it is what sells tickets. If the Browns had won, the incidents such as OBJ wearing a watch and Jarvis Landry snapping at a reporter would be non-issues, and when the wins start coming in, I think no Browns fan will mind. 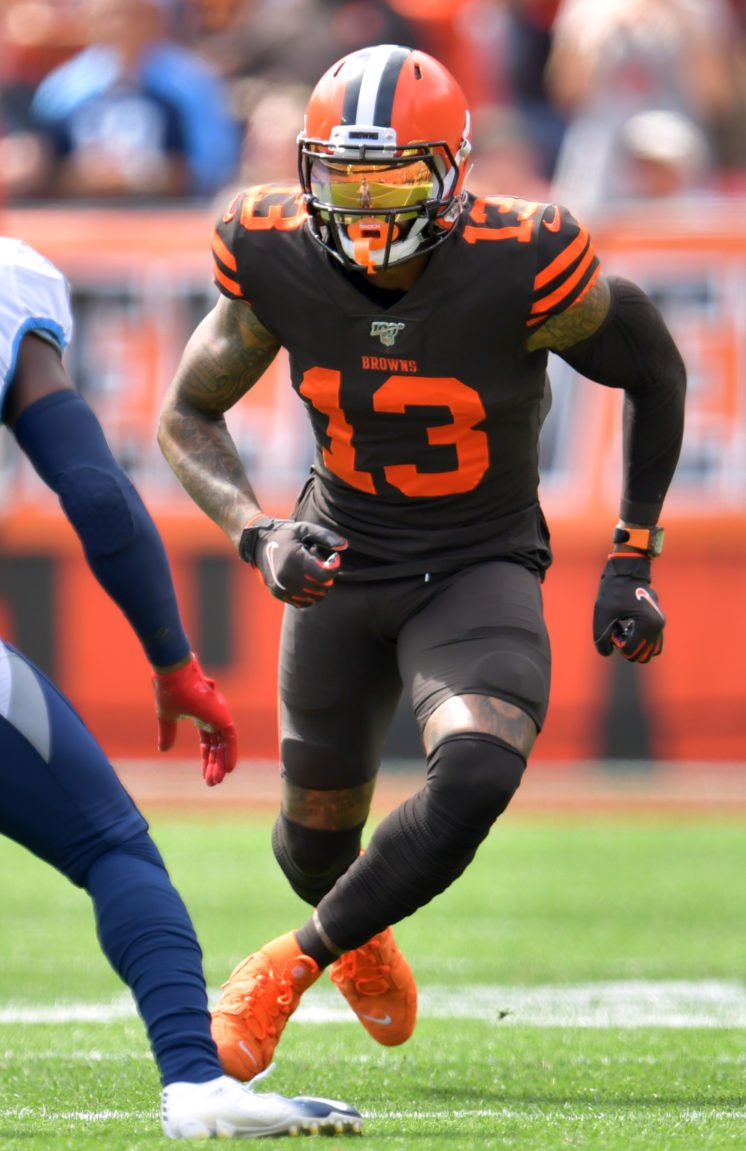 Unfortunately, as with many occasions in the NFL, blame lands with the quarterback. Baker Mayfield didn’t have an especially bad performance when looking at the statistics. He threw 25 completions of 38 attempts for 285 yards. Considering the Browns had only 5 eligible linemen playing out of position causing Mayfield to feel extreme heat from the Titans’ defence, these are pretty impressive numbers.

The main problem arose in the fourth quarter when Mayfield found himself down by nine. It is a fair assessment, in my opinion at least, to claim that Mayfield tried too hard to be the hero. He began to force the ball too much, despite already throwing scary passes after a bruising tackle late in the first half, and this lead to the collapse of the Browns. In the end, Mayfield threw three interceptions.

Despite an excellent game from the Titans, the Browns were still in the game entering the fourth quarter, but the turnover on behalf of Mayfield truly sealed a poor performance from the Browns, putting the game out of reach.

Ultimately, fans of the Browns shouldn’t fret. It is necessary to remember that Mayfield is only in his second year, and after a ‘Rookie of the Year’ performance last season, it is evident that Mayfield can produce the goods. The issue was Mayfield’s hero complex entering the fourth quarter, which can and will be learnt from. More pressingly, the offensive line must improve before week 3 if they stand any hope of beating the reigning NFC champions in the LA Rams. 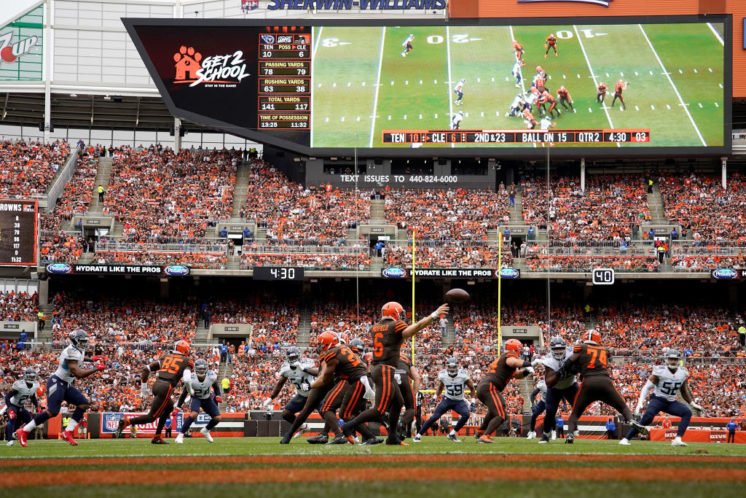 Overall, the Browns will look to put the embarrassing but familiar performance behind them. After the first week nerves from both the players and coaches has cooled down, alongside the immeasurable hype, the Browns will likely regain their footing and most probably be in contention for at least a wild card spot by the end of the season.

Like many of the best teams, I expect to see the best from this team with a chip on their shoulder, and the week one performance and aftermath will certainly give them that. 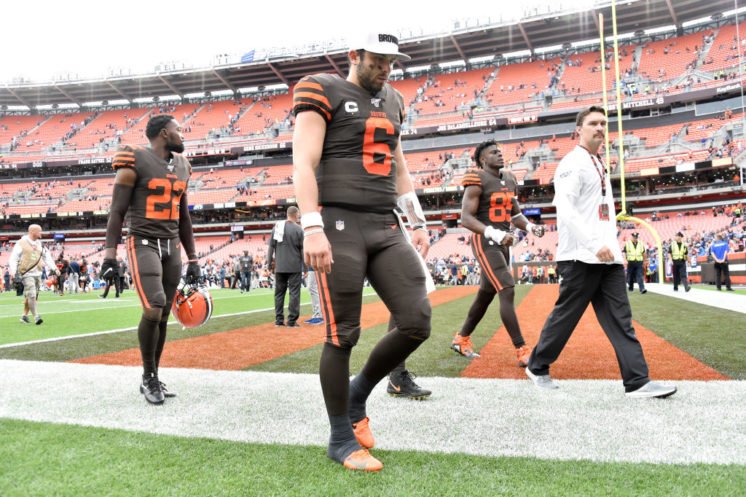