Only long-time visitors to this site, along with a handful of the current writing team, will be familiar with the by-line attached to this article. Reason being, I haven’t had the motivation to sit and write down my thoughts on the National Football League for a very long time.

I’ve still been a fan throughout this period, keeping up with the often ill-fated exploits of my beloved Colts. But, in truth, the sport wasn’t grabbing me quite like it did a decade ago, when a much younger version of my self stumbled upon America’s game.

Therefore, despite writing very much being my passion and craft of choice, I’ve refrained from commenting on the NFL in any great depth for close to two years.

Then, the Chiefs went and scored 51 points on Monday Night Football, and LOST.

Going into the week 11 clash between the two best teams in pro football – barring the equally impressive New Orleans Saints – 216 teams had previously scored 50+ points in a competitive game. Not one of those 216 teams went on to lose said match-up.

This truly was uncharted territory for the NFL, as both the Rams and the Chiefs crossed the magical 50-point threshold, another first in the history of the league. 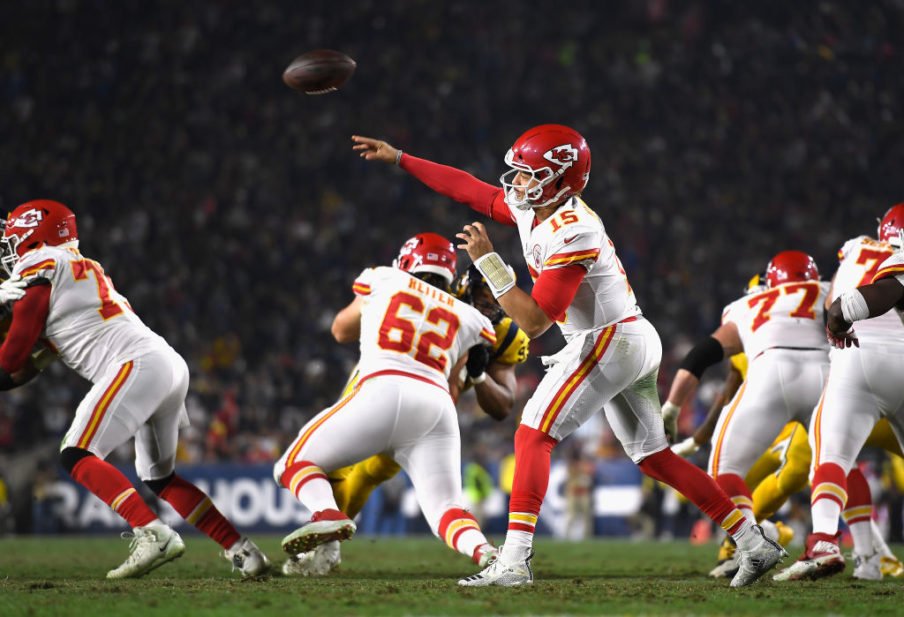 A shootout between the two teams was always likely, of course. Jared Goff is far from the quarterback that was wholly overshadowed by fellow draftee Carson Wentz in his rookie year and, as for Patrick Mahomes, the Kansas City signal-caller’s arm is fast becoming the stuff of legend.

However, this wasn’t any old shootout between two high-powered offences. This was essentially Madden, played out in front of our very eyes.

The aforementioned Mahomes struck gold six times through the air, becoming one of only three quarterbacks to have scored a dozen touchdowns twice in the same NFL season, as he accumulated a mammoth 478 yards. His main target, Tyreek Hill, put up 215 yards himself along with a pair of scores, firmly cementing his status as one of the league’s elite wide-outs.

Crazy numbers. But not even as crazy as they could have been. Unfortunately for the Chiefs, they laced up the afterburners on a night where the Los Angeles defence played their part in the piece too.

Although no unit will ever take pride in conceding the amount of points that they did, the Rams’ D ultimately proved to be the difference with Samson Ebukam taking a couple of turnovers to the house. Aaron Donald also frequently drew the attention of the prime time audience. Simply because he’s Aaron Donald, and Aaron Donald just does whatever the hell he wants. 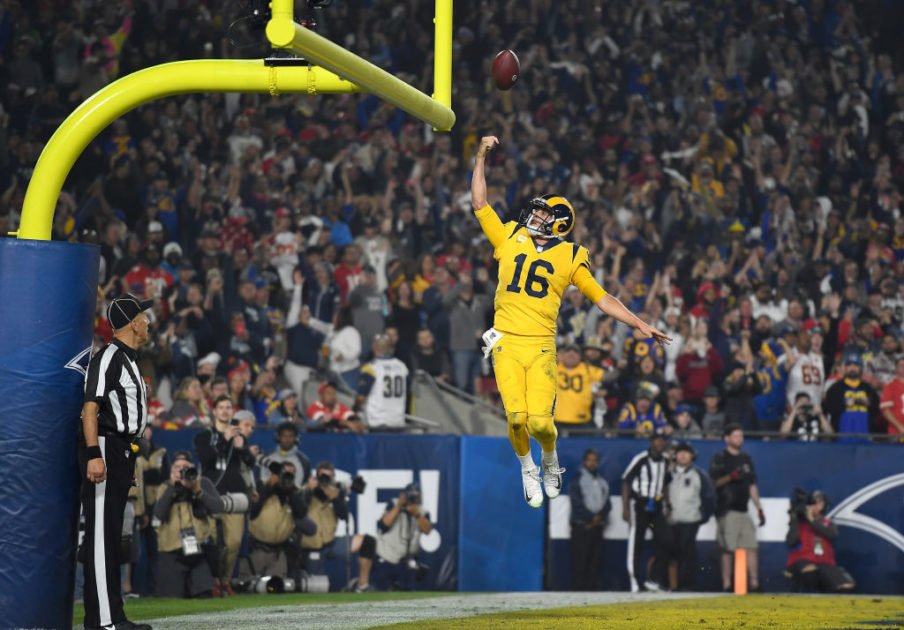 On the flip side of the coin, Goff kept his nose clean. He may not have scored as many points as his counterpart Mahomes, but he didn’t give up as many either, which turned out to be of even greater importance.

All-in-all, the former Cal grad put on a clinic under the bright lights of the coliseum, in what was most probably the biggest game of his young career thus far.

413 yards. Four touchdowns through the air – including a sublime over-the-shoulder game winner to Gerald Everett – and another on the ground, just for good measure.

This was undoubtedly a special game of football. One that will be remembered for a very long time, especially on the west coast.

However, could it be something more than that?

High-scoring battles have always happened on occasion, but could Monday’s game be the dawn of a new era in the NFL, where points are scored in abundance on a more regular basis? 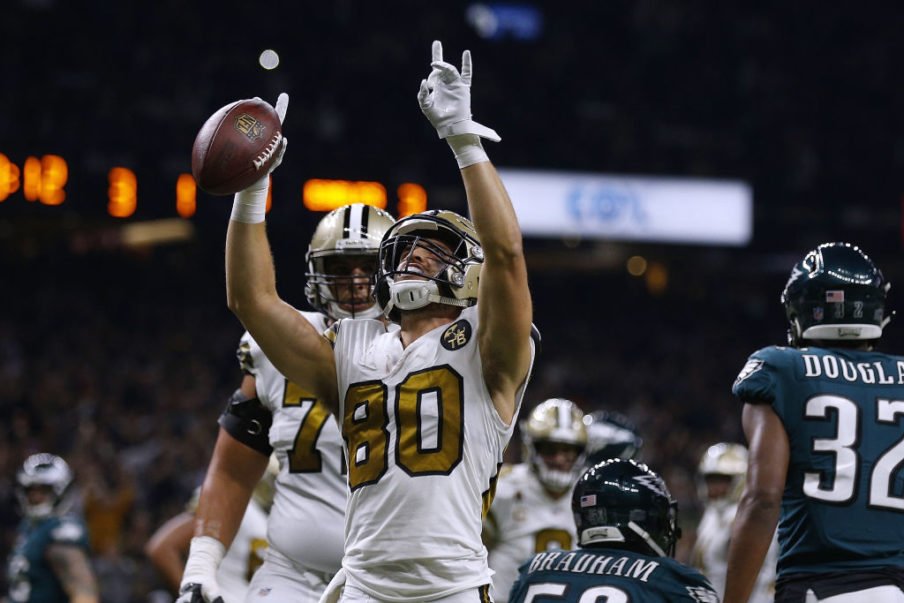 Let’s face it, defence is no longer king in the National Football League.

Just this week, the three best teams in football have combined for 152 points. That’s nothing short of ludicrous when you consider two of them faced off against each other, and the spare took on the reigning world champions.

Don’t get me wrong, its not difficult to find defensive talent in the league. Playmakers still very much exist – I’m sure one Jalen Ramsey would be more than happy to reassure you of that.

However, I’m not sure the NFL roster has ever been as stacked on the offensive side of the ball.

Kamara, Barkley, Elliott, Gurley, Hunt. All running backs that have a permanent place of residence within the heads of all 32 defensive coordinators, and those guys are just the tip of the iceberg.They also all have something else in common. They are all young, meaning (even with the reduced life-cycle of an NFL rusher) they are going to be terrorising teams for a good while to come. 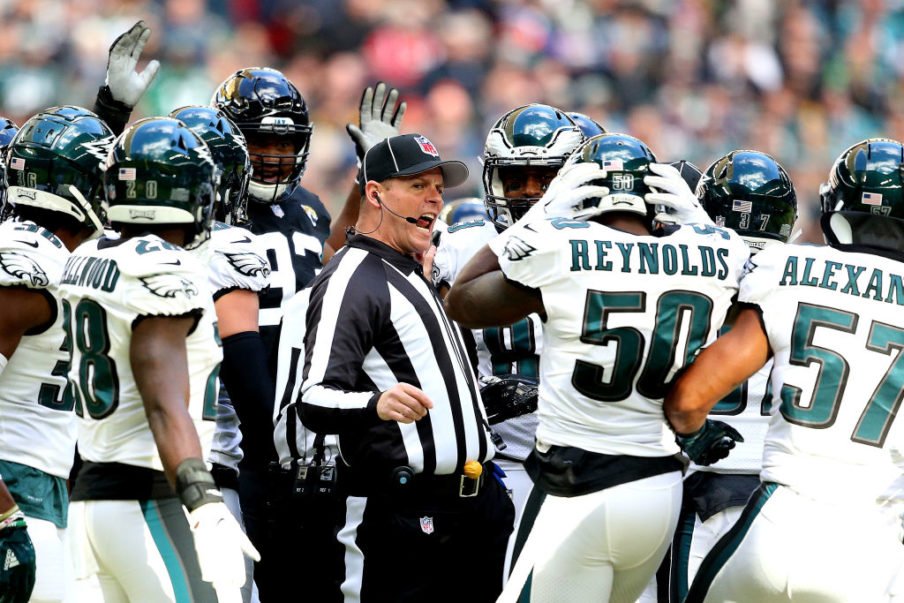 The current crop of youthful QBs are a frightening proposition too, with each seemingly bringing something different to the table, whether it be Mahomes’ cannon arm or Lamar Jackson’s electrifying run game.

Frankly, defences are thoroughly up against it in 2018 due to the sheer talent they have to contend with on a weekly basis. That’s before we even consider the fact that laying a finger on the passer is essentially a cardinal sin nowadays, in a league that’s (quite rightly) becoming more and more aware of the risks and dangers the sport poses.

For these very reasons, I truly believe that Monday night was no anomaly. If anything, it was a glimpse of the near future. 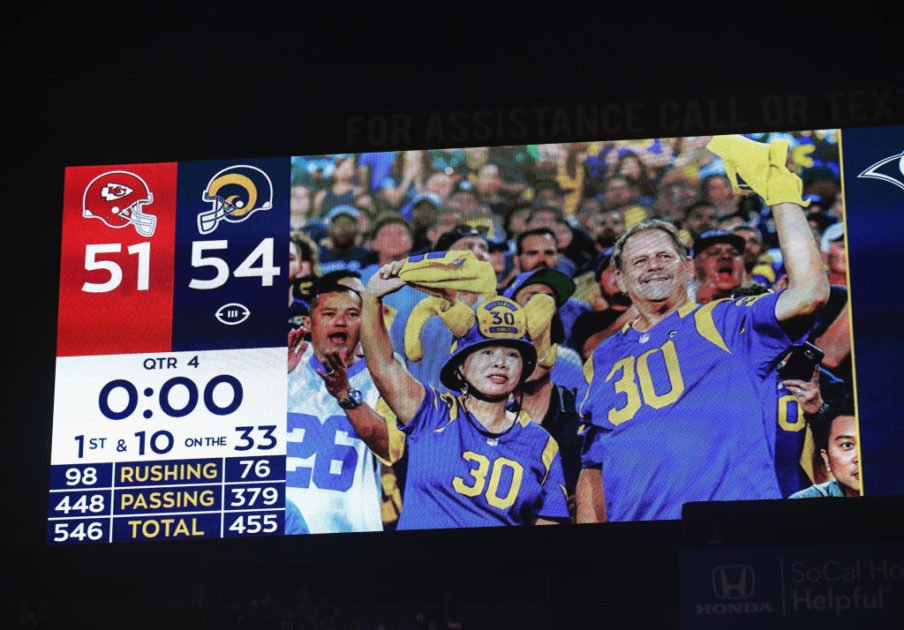 It’s not a future that the purist will encourage. For many, defence is the very essence of football and, hell, even I agree to an extent. If the Colts ever want to end a regular season 16-0 by winning 7-0 every week, that is fine by me.

But, we may well be at the precipice of a seismic change and, I for one, feel like we should embrace it for what it is.

Yes, crazy shootouts like the one we saw in LA are often like watching a real-life game of Madden.

But, do you know what? Madden was the reason I decided to switch the channel ten years ago to some otherwise unfamiliar sport in the first place.

The Jaguars were playing the Colts. The Colts won and the rest, as they say, is history. I was hooked.

In a roundabout way, the high-scoring, exciting nature of Madden was the catalyst for my love affair with the NFL, and therefore the reason this article even exists.

Thanks to Monday night, the excitement is back. Not just for me, for the NFL on the whole.

Long may it continue.