The top of the NFL Draft went about as well as it realistically could have for the Atlanta Falcons. Their archrivals from New Orleans made a heavy trade up that included surrendering their 2019 first round draft pick to take a player who there was a good chance would have been available at their original pick of #27.

The glaringly obvious need for the team was defensive tackle, and when the Falcons went on the clock, Maurice Hurst and Taven Bryan were both still on the board. The only question seemed to be which of those two mountains in the middle of the defense would be playing in Atlanta next season.

The answer was neither.

If he’s even half as good as the last Alabama receiver the Falcons took with a first round draft pick, this selection will be a home run. But was it worth it to pass over two players at the most glaring hole on the roster for a team still theoretically in a Super Bowl window? 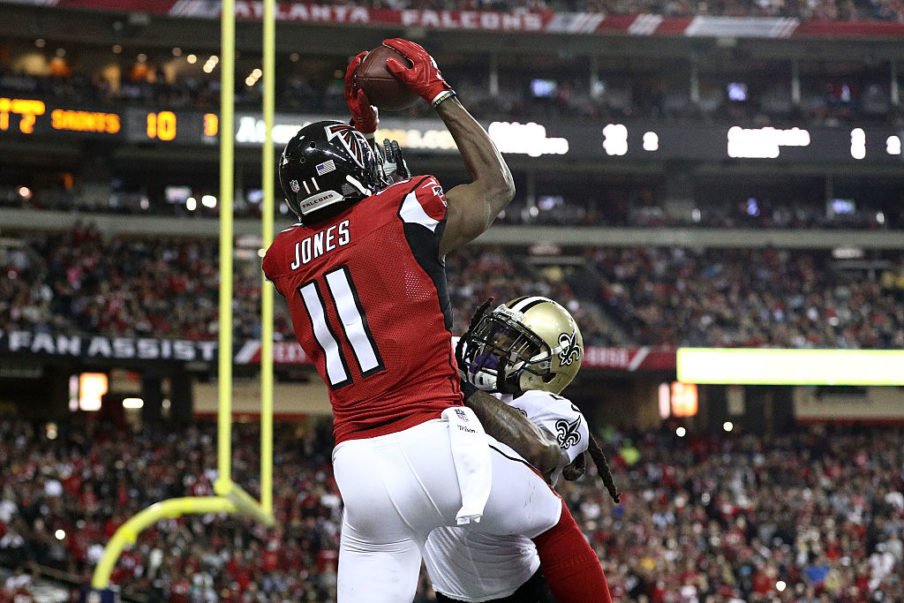 I think the fact that this is a Super Bowl window the Falcons are in actually makes for the best justification for this pick. Matt Ryan will be 33 years old when this season starts, and the Falcons just locked him down until after his 38-year old season with the latest Earth shattering quarterback contract seen in the NFL.

Matt Ryan has proven he’s a franchise quarterback, and one capable of winning in January. This team is squarely in win now mode, and giving him another weapon to use on the offense for the next four or five seasons on the cheap might end up being the right play.

What the pick also shows is the Falcons firmly showing that they believe in Steve Sarkisian to turn things around. The former USC head coach and Alabama offensive coordinator struggled mightily in his first season running the Atlanta offense. The Falcons went from leading the NFL with 540 regular season points in 2016 under Kyle Shanahan, to finishing 15th last season under Sarkisian’s playcalling.

The team also averaged 51 fewer yards of offense per game. His playcalling, particularly in the red zone, came under heavy scrutiny, as the Falcons crashed down to 23rd in the NFL in red zone scoring percentage despite their roster loaded in talent.

Sarkisian really did manage to turn the Ferrari that was the 2016 Atlanta offense and make it a very tame pickup truck just barely capable of getting the job done most days. 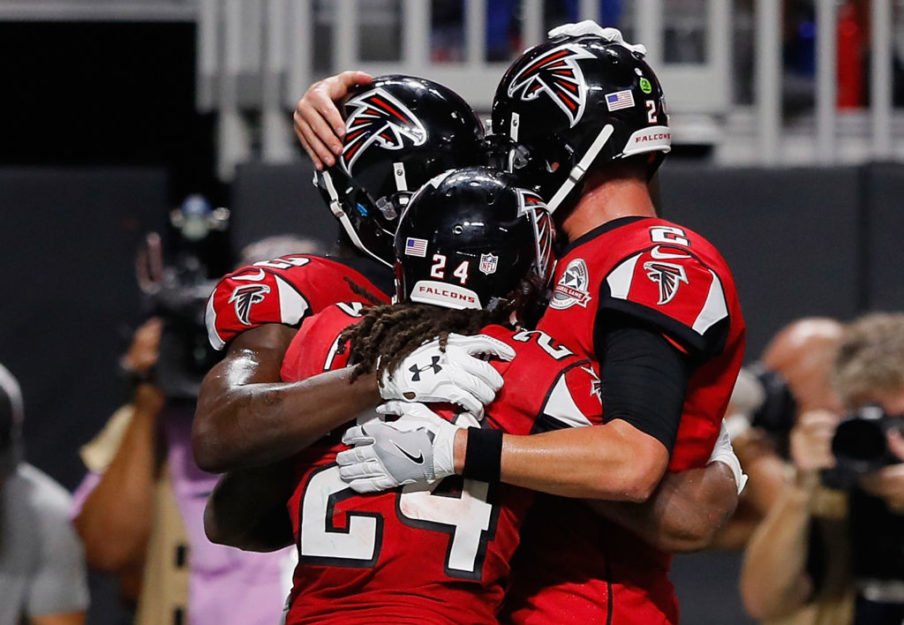 But giving him an explosive route running receiver to line up on the opposite side of Julio Jones creates a nightmare matchup problem for opposing secondaries.

Add into the mix the best running back duo in the NFL for one more season before Tevin Coleman has to leave for salary cap reasons, an emerging tight end in Austin Hooper, a strong offensive line and a franchise quarterback who just got locked up through 2023, and one thing becomes abundantly obvious about this selection.

This is Steve Sarkisian’s last chance as offensive coordinator of the Atlanta Falcons.

This team is already close. They came within two yards of knocking out the eventual Super Bowl champion Eagles in the divisional round before some questionable goal line playcalling from Sarkisian derailed Atlanta’s hopes of getting back to the big game.

Everything is set up for him now. It would have been easy for the Falcons to go fill the defensive tackle hole in the first round, rather than drafting Deadrin Senat in the third round. Atlanta’s 2016 season took them within a touchdown of winning the Super Bowl in the second season with an offensive coordinator who struggled in his first year. 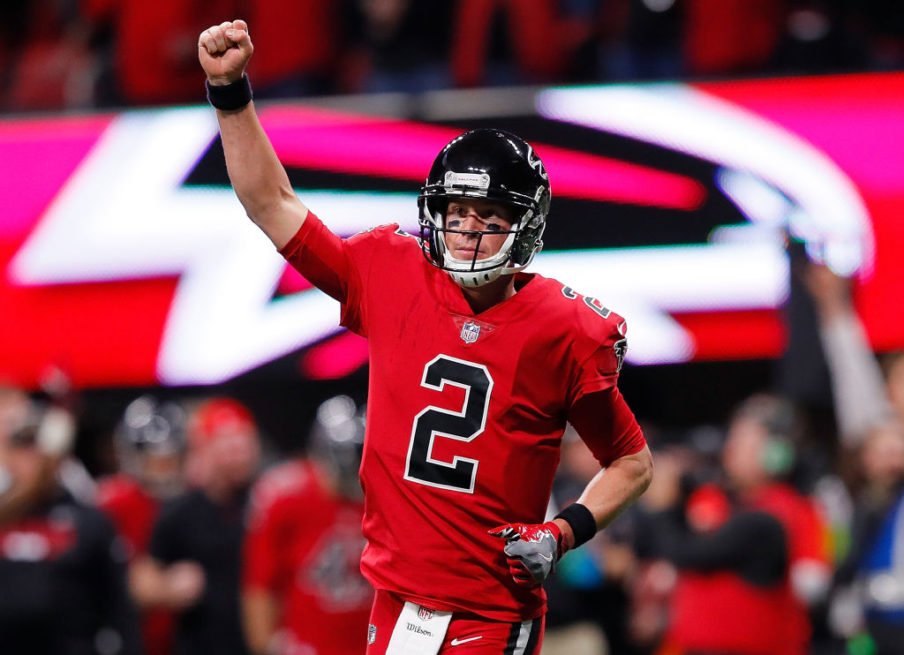 Now for a season where the Super Bowl will be played in their own building, Thomas Dimitroff, Dan Quinn, and everybody in the Atlanta war room drafted Calvin Ridley, and in doing so, pushed all of their chips to the center of the table on Sarkisian being able to replicate the sophomore season success of Kyle Shanahan.

The roster is close enough that Ridley combined with an improved Sarkisian could capture the elusive Lombardi Trophy. The risk is wasting the final year of Matt Ryan’s “cheap” contract before his extension kicks in for the 2019 season, and also the final campaign with Tevin Coleman on the roster.

As far as Ridley is concerned, this situation for a rookie wide receiver is about as good as it can be. Just the presence of Julio Jones will make sure that he’s matched up against no better than the opponents CB2 on any given Sunday. The vertical threat he poses gives him the ability to put any cornerback on toast, and his very wide route tree just gives Sarkisian that much more freedom to find new ways to get him the ball. You’ll see a lot of him going down the field on home run balls, and cutting across the middle using the extra step he can get on defenders to find pockets of space in the defense. 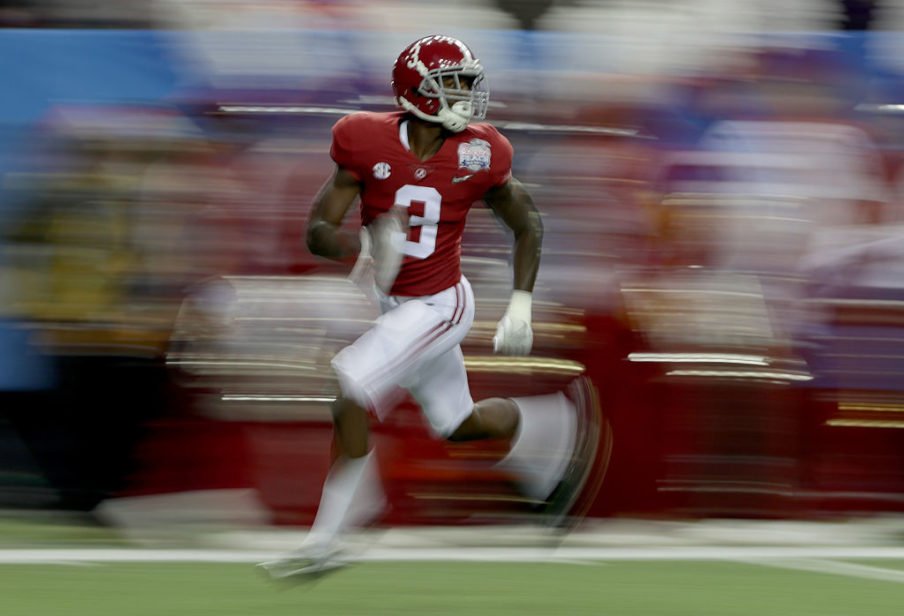 In 2011, the Falcons made blockbuster trade up the draft to select a star receiver out of Alabama in hopes that he was the one missing piece for a roster clearly close to the Promised Land. Seven years later they didn’t have to trade up, but the drafting strategy was the same.

And if Sarkisian can’t get the offense back firing on all cylinders with this collection of talent, the Falcons might have their third offensive coordinator in four seasons come 2019.