How do you stop the best player in the country?

That was the question for Clemson this week, point blank.

Not only is Louisville quarterback Lamar Jackson the reigning Heisman Trophy winner, but coming into tonight, he had 1,010 all-purpose yards and eight touchdowns this season…in the first two games. The task of preparing for a player with a cannon of an arm and swift movement with his legs was tough, but Clemson put the best possible game plan together they could.

Clemson drilled Louisville 47-21 in Louisville to lay down a big statement of intent for the rest of the ACC season. They brushed aside the hype behind Louisville’s offense with relative ease, running their record to 3-0.

Without taking anything away from Clemson quarterback Kelly Bryant and his superb 342 total yards and three touchdowns tonight, the defending National Champions won this game with their defense, and specifically how they attacked Lamar Jackson from the opening whistle. 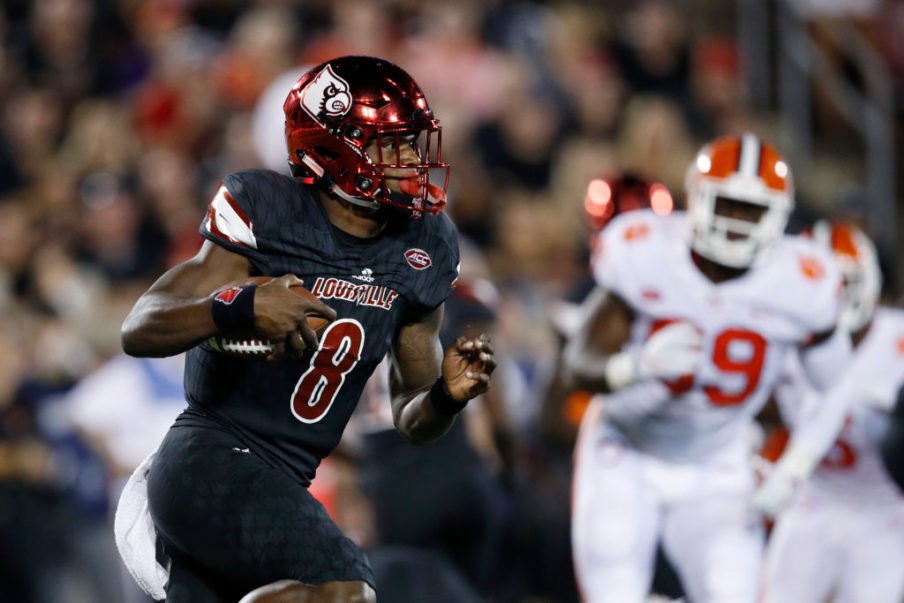 What makes Jackson so great is his ability to look throughout the entire play, and then make a decision with either his arm or his legs. And when a player with his speed and agility gets any kind of open space, it’s usually lights out for the defense. There aren’t enough players on the field to cut off all of Jackson’s time and space. The solution Clemson defensive coordinator Brent Venables came up with was to prioritize the time.

All throughout the night, the Tigers would bring an initial rush of three or four guys, and then bring another linebacker to shoot through a gap. They were leaving themselves exposed in the middle of the field with gaping holes, but the late breaking pass rush from the linebacker continually clouded Jackson’s vision of it. Lamar’s playmaking ability outside the pocket was all but neutralized by the simple fact that he had no way of escaping the pocket.

Keeping Jackson under pressure allowed the coverage at the back end a little bit of room for error. Lamar Jackson has an incredibly strong arm, but squeezing the ball in tight spaces can be a problem for him. Doing it standing up straight is hard, but trying to drop the ball in the breadbasket on the run is near impossible. Maybe it was jitters, but Jackson was struggling to hit receivers in the first quarter. He put two balls behind receivers on the first drive of the game, and that set the tone for what the Clemson defense would do the rest of the night. 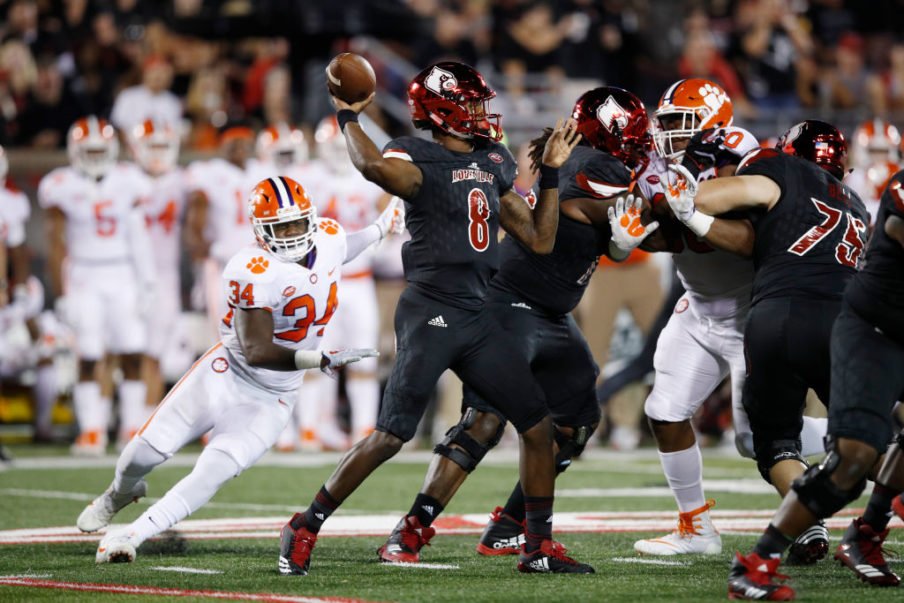 Lamar Jackson is a player of rhythm. Once he gets going, it can start to snowball for the opposition defense. Clemson did a fantastic job all night of keeping them in a long down and distance. I’ll again reference the first drive of the game, where Louisville ended up going three and out after being faced with a 3rd and 8. The Cardinals were faced with another 3rd and 8 next time the got the ball, and after Clemson took a 10-7 lead, Louisville’s first series turned into a 3rd and 18 after a holding penalty. Clemson did enough tonight to disrupt the timing and game flow of the Louisville offense, and that was all it took to shut them down.

All of the long distances forced obvious passing situations, forcing Jackson to wait in the pocket and let receivers get deep down the field. That enabled Clemson to get back to their perfect game plan of bringing linebackers on late blitzes. The pick six Clemson had in the middle of the third quarter that all but sealed it came in an obvious passing situation. Dorian O’Daniel read the eyes of Lamar Jackson, picked off his pass, and took it 44-yards to the house to make it a three score game.

Jackson and company managed to make the score look a little more respectable with two fourth quarter touchdowns in garbage time, but by that point the game was long gone. Jackson’s stat line of 381 total yards and three touchdowns will not accurately reflect how flustered he looked on his home turf tonight. 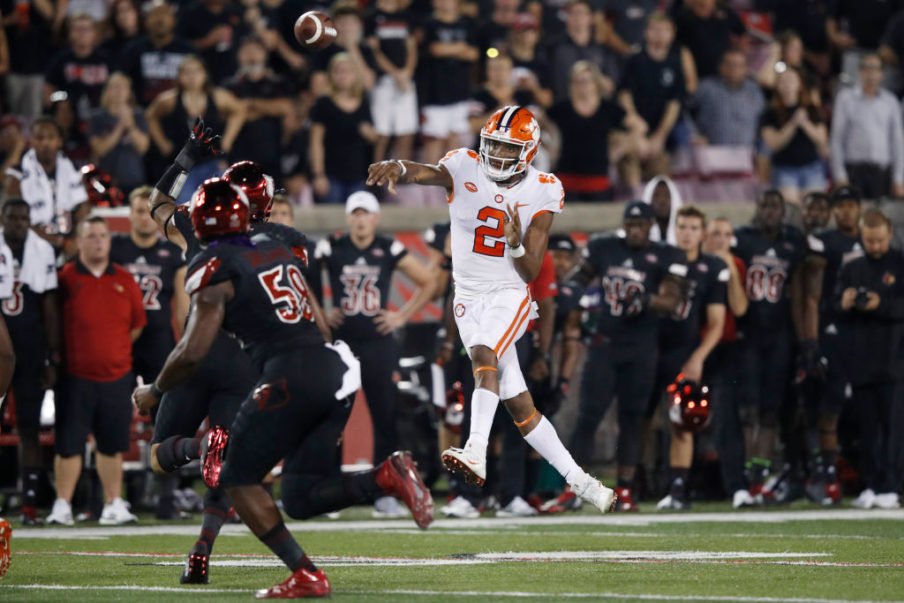 We all know Clemson has the talent to win games. They won the National Championship last season for a reason. But when they have that talent on top of perfect scheming and strategy, they’re going to be a very tough out this season.

Hats off to Dabo Swinney and Brent Venables on a tactical masterclass that kept the Heisman winner on his toes all night.